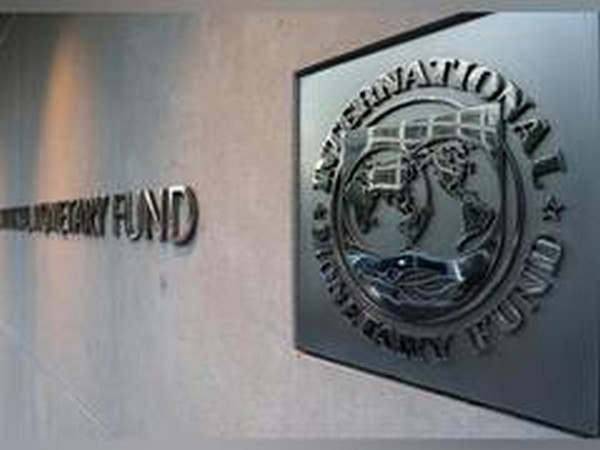 Islamabad [Pakistan], April 15 (ANI): The International Monetary Fund (IMF) has projected that due to the coronavirus pandemic, Pakistan's economy may contract sharply by 1.5 per cent during the current financial year.
According to a report in The Express Tribune, the IMF in its World Economic Outlook - The Great Lockdown report has said that Pakistan's economy may contract by 1.5 per cent this fiscal, which is a "downgrade of nearly 4 per cent from its January 2020 report." It will be for the first time in 68 years when Pakistan's economy will contract.
The international money lender has projected that next fiscal year, Pakistan's economy may post a growth rate of two per cent.
The IMF, as per the report, has also projected that the unemployment rate in Pakistan will jump, though the current account deficit will narrow down to 1.7 per cent of the GDP.
According to the latest information, Pakistan has reported more than 6,000 cases of coronavirus so far while the toll stands at 113.
The virus, which originated in China's Wuhan last year, has infected nearly 2 million people worldwide while claiming over 1 lakh lives. Several countries, in order to check the spread of coronavirus, have imposed tight restrictions hurting economic activities around the globe.
The per capita income is also projected to shrink for over 170 countries, including that of Pakistan.
The global economy is projected to contract sharply by "minus three per cent" in 2020 as a result of the COVID-19 pandemic, a much worse contraction than during the 2008-09 financial crisis.
Gita Gopinath, Chief Economist and Director of the research department at IMF said in her opening remarks, "The COVID-19 pandemic is inflicting high and rising human costs worldwide. Protecting lives and allowing health care systems to cope have required isolation, lockdowns, and widespread closures to slow the spread of the virus."
"The health crisis is, therefore, having a severe impact on economic activity. As a result of the pandemic, the global economy is projected to contract sharply by minus 3 per cent in 2020, much worse than during the 2008-09 financial crisis," said Gopinath.
The Global Outlook also mentions that in a baseline scenario -- which assumes that the pandemic fades in the second half of 2020 and containment efforts can be gradually unwound -- the global economy is projected to grow by 5.8 per cent in 2021 as economic activity normalises, helped by policy support. (ANI)

5 thoughts on “Pakistan’s economy may contract by 1.5 pc: IMF”