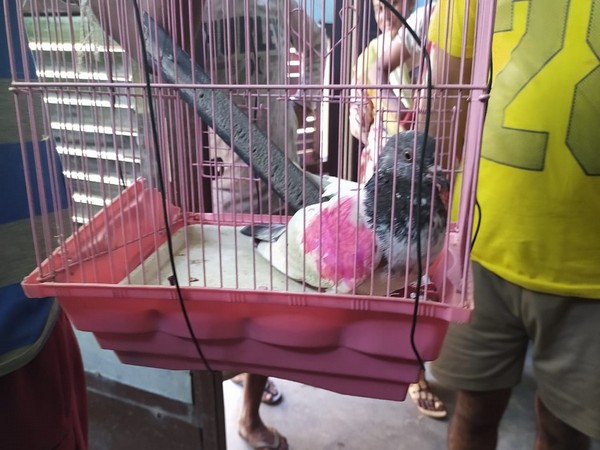 Sialkot [Pakistan], May 28 (ANI): A Pakistani villager named Habibullah, resident of Bagga-Shakargarh village, has claimed that he is the owner of 'spy' pigeon captured by locals in India a few days back.
According to a Dawn report, he said the second pigeon of the pair was with him. "Yes, this is my pet pigeon as it can never be a spy or a terrorist," he was quoted as saying.
A pigeon, suspected to be trained in Pakistan for spying and having a ring with alphabets and numbers written on it, was captured by locals of Manyari village near the India-Pakistan international border in Kathua district of Jammu and Kashmir, officials had said on Monday.
"We don't know where the bird has come from. It was caught near the fence on our side. We have found a ring on the bird's feet. There are some numbers written on the ring," Senior Superintendent of Police of Kathua, Shailendra Misra had told ANI.
However, Habibullah, claimed that he has a passion for pigeons. He said his village was about 4km from Indian territory, adding that "he had fixed rings around the feet of his pigeons". The villager said he had specially got his mobile number inscribed on the rings, reported Dawn.
He urged India's Prime Minister Narendra Modi to return the pigeon to Pakistan with "full protocol and due respect". (ANI)