Pakistan Railways grind to a halt amid crippling fuel crisis 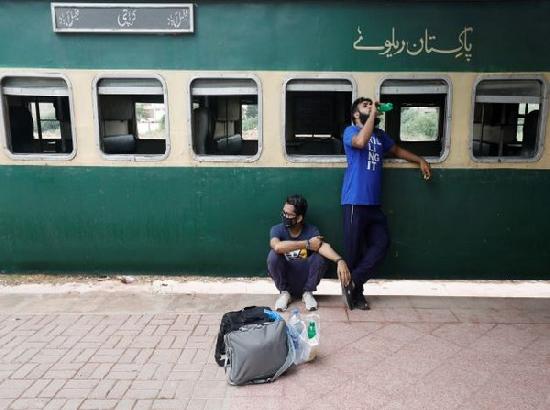 The worsening fuel crisis in Pakistan has resulted in the disruption of Pakistan Railways (PR) services with trains gradually coming to a standstill.

As per PR there are several reasons for the stoppage of train services across Pakistan, including lack of revenue, as the state entity continues to take another beating in terms of finances in the wake of floods, reported The Express Tribune.

Several stations have fallen short of the required fuel for the engines to run. To stave off the problem PR is taking diesel from private firms; meanwhile, the sources said that the fuel crisis is chronic due to meager revenue.

Additional General Manager Amir Baloch denied there was any diesel crisis and said that the PR was outsourcing diesel from a private firm.

He added that the railways would continue taking the diesel from the private company as per the requirement, reported The Express Tribune.

Sources noted that one of the contributing factors was the severe disruption in the train operations due to devastating floods and the resulting losses and damages. Consequently, the railways have been unable to earn their monthly income.

PR sources said that the Lahore engine shed administration had only 90 thousand liters of diesel at its disposal, while as of Tuesday, the fuel at Faisalabad station was not even expected to even last a day, reported The Express Tribune.

The issue is far more severe in Multan and Sukkur divisions. However, the only dedicated freight train and two passenger trains still running on the entire network were being provided with the much-needed diesel from the Lahore administration.

At present, only one train between Lahore and Rawalpindi and one Khyber Mail train from Peshawar to Rohri station and a few freight trains are running on the railway network, reported The Express Tribune.

Notably, Pakistan’s energy crisis is set to worsen more as the country struggles to procure LNG at an affordable rate when little is available in an international market that has been sorely affected by the political fallout of the Russia-Ukraine war.

Moreover, Pakistan’s cost of energy production has also increased following an increase in fuel prices. Almost two-thirds of the country’s electricity generation is based on fossil fuels.

The rise in crude oil prices has hit the highest in the last three years – USD 86 per barrel as almost two-thirds of the country’s electricity generation is based on fossil fuels.

The energy crisis is worsening due to the rising cost of the LNG and Pakistan is set to face its third successive winter energy crisis due to a lack of energy resources.