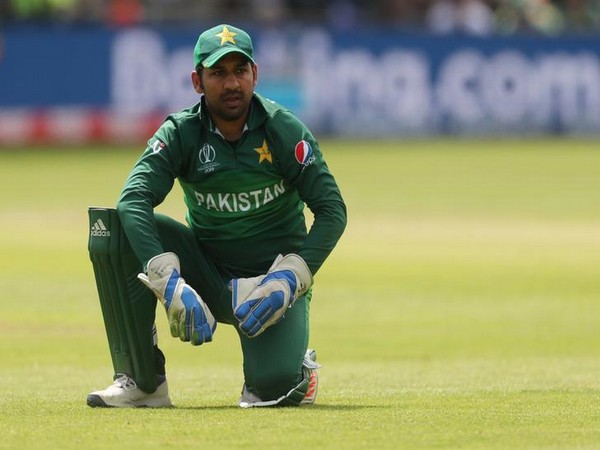 Karachi [Pakistan], June 14 (ANI): Wicket-keeper batsman Sarfaraz Ahmed has said that Pakistan has now gotten its strongest coaching staff in the history of their cricket.
His remark comes as Younis Khan was appointed as the batting coach for the England tour while Mushtaq Ahmed was given the role of spin consultant.
Now Pakistan has Misbah-ul-Haq as the head coach, Waqar Younis as the bowling coach, Younis Khan as batting coach and Mushtaq Ahmed as spin bowling coach.
“If you see our coaching staff, I do not think there has ever seen such a strong staff in the history of Pakistan cricket. If you see the overall experience of coaches, that would amount to around 300-325 Test matches. So I think for both captains (Babar Azam and Azhar Ali), this staff will be very helpful as they have the experience of playing in English conditions,” Sarfaraz Ahmed told reporters in a virtual media interaction.
Ahmed is Pakistan’s second choice wicketkeeper, behind Mohammad Rizwan. Ahmed was relieved from the captaincy in October last year and he lost his place to Rizwan in all formats.
Earlier this year, Ahmed was also demoted from Category A to Category B in the PCB central contracts.
After being dropped, Ahmed went back to first-class cricket and scored a hundred in his tally of 340 runs at 48.57.
During his career, Younis Khan scored 10,099 runs at an average of over 52 in 118 Tests from 2000 to 2017.
Against England, Younis holds an equally impressive record. In 16 innings of nine Tests in England, he made 810 runs at an average of over 50 with two centuries and three half-centuries.
In addition to Younis, the PCB also appointed wrist spinner and a veteran of 52 Tests Mushtaq Ahmed as the team’s spin bowling coach and mentor for the three-Test and three-T20Is series, which will be played in August-September.
The appointments were made to provide head coach Misbah-ul-Haq and fast bowling coach Waqar Younis the necessary and essential resources that can help them further uplift the performance of the side. (ANI)