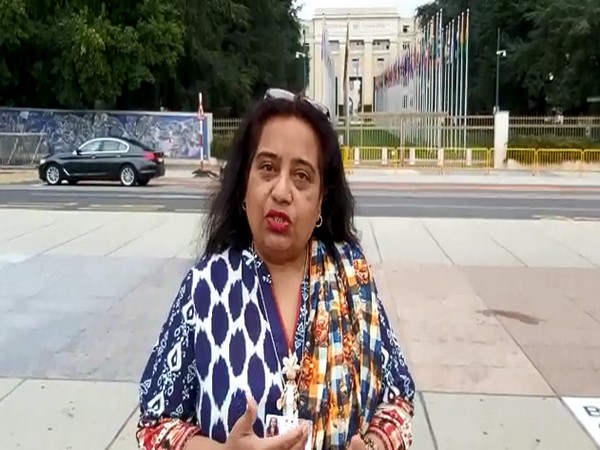 Geneva [Switzerland], September 21 (ANI): A Pakistani human rights activist based in London has said that Pakistan was no more a safe place for religious minorities to live.
While attending the 45th session of UNHRC in Geneva, Anila Gulzar told ANI that 14-year-old Hindu woman Mehek Kumari was kidnapped and forced to convert to Islam.
She cried in the court and refused to go with her Muslim abductor but the judge sent her to a child sanctuary and said that when Mehek will reach the age of 16 she will be returned to her 'husband'.
"Today I am standing outside the United Nations office and condemning the blasphemy law under Section 295-C of the Pakistan Penal Code. There is no space left for minorities in Pakistan as they are being persecuted," said Gulzar while adding that Hindu and Christian girls are being converted to Islam.
Anila said that a 37-year-old Christian from Lahore Asif Pervez was also forced to convert to Islam, however, when he refused he was forced to quit his job at the hosiery factory and was arrested in 2013.
Only last week he was sentenced to death.
Anila said that hundreds of innocent people are languishing in Pakistan's jails under Blasphemy Law and many had fled to countries such as Thailand, Malaysia and Sri Lanka due to fear of persecution.
The human rights activist applauded Indian Prime Minister Narendra Modi for passing the Citizenship (Amendment) Act, 2019.
She said that minorities in Pakistan view CAA as a life jacket thrown at them to come to India for a better future and safety. (ANI)