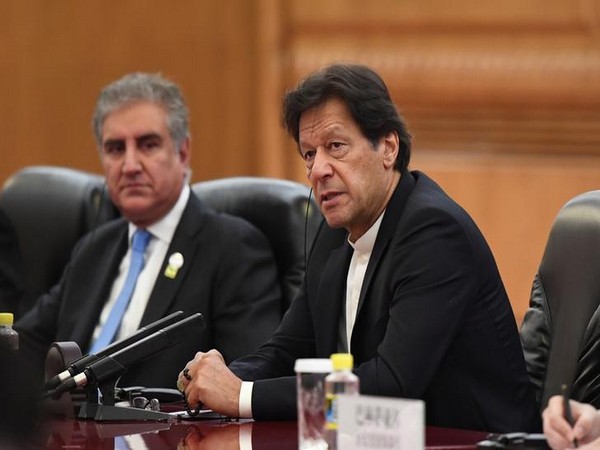 Islamabad [Pakistan], Mar 17 (ANI): Pakistan Prime Minister Imran Khan on Tuesday said that had Pakistan locked down its cities like Italy did, its population would have died of hunger.
Addressing the nation on Tuesday amid growing coronavirus cases in Pakistan, Prime Minister Khan said that the country needs to take strong actions to combat the pandemic.
Khan said, "If we would have locked down our cities as Italy did, our population would have suffered. On one side we would be battling the novel virus and on the other side we would have lost our population due to hunger."
"We were looking at best practices from different countries but countries like Italy showed delayed response to the virus and when cases spiked, they put the entire country under lockdown," he added.
Khan also questioned the United States and its approach to fight the spread of the virus, adding that the US also showed a delayed response despite having the best infrastructure in the world.
He said that Pakistan was emerging from a difficult year of economic slowdown and its textile industry had just begun to find its moorings when the coronavirus broke out.
He said that it inevitable for Pakistan to not see a spurt of cases despite various measures taken because the virus has been spreading globally.
He also warned the hoarders of essentials supplies, underlining that stringent action would be taken if an artificial shortage of goods is created and prices of these goods rise.
Prime Minister Khan remarked, "We have seen in the past how black market hoarders created a fake shortage of sugar and rice in the market. If this happens again during the coronavirus outbreak then the government will take stringent action against such hoarders."
He said that Pakistani President Arif Alvi is in China and when he comes back on Wednesday, we will learn the best practices exercised by China to contain the spread of the virus.
To battle the economic fallout of the virus Pakistan has formulated an economic committee to supervise the oil price, exports, and other economic parameters.
Meanwhile, the Sindh provincial government has announced a partial lockdown across the province. Restaurants, shopping malls, beaches and parks will remain closed for 15 days starting Wednesday. (ANI)