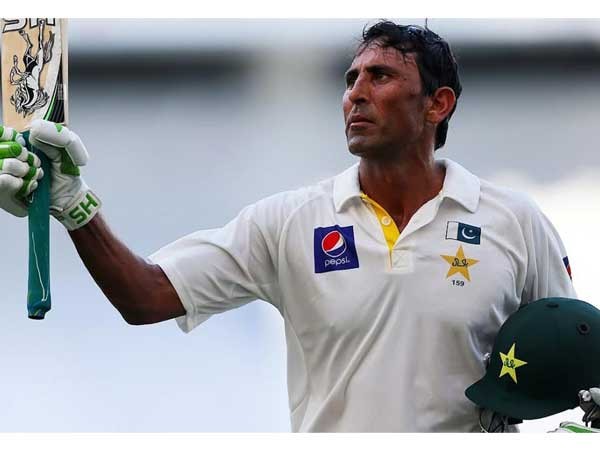 Lahore [Pakistan], June 9 (ANI): Pakistan Cricket Board (PCB) on Tuesday appointed Younis Khan as the batting coach for the upcoming tour of England.
42-year-old Younis Khan scored 10,099 runs at an average of over 52 in 118 Tests from 2000 to 2017. This included a career-best 313 against Sri Lanka in Karachi in 2009, which lifted him to the top position in the ICC rankings.
Against England, Younis holds an equally impressive record. In 16 innings of nine Tests in England, he made 810 runs at an average of over 50 with two centuries and three half-centuries.
In addition to Younis, the PCB has also appointed wrist spinner and a veteran of 52 Tests Mushtaq Ahmed as the team's spin bowling coach and mentor for the three-Test and three-T20Is series, which will be played in August-September.
The appointments have been made to provide head coach Misbah-ul-Haq and fast bowling coach Waqar Younis the necessary and essential resources that can help them further uplift the performance of the side.
"For me, there has never been a bigger honour and a better feeling than to represent my country and I feel privileged to have been again offered the opportunity to serve it for a challenging but exciting tour of England," Younis Khan said in an official statement.
"The Pakistan side includes some immensely talented cricketers who have the potential to achieve greater heights. Together with Misbah-ul-Haq, Mushtaq Ahmed and Waqar Younis, we will try to make them better and prepare them as best as we can with on and off field coaching and guidance," he added.
Furthermore, and as part of the tour arrangement, additional players will be sent to England, which makes it even more important to have equally capable coaches to provide best training and preparation opportunities to the players. (ANI)