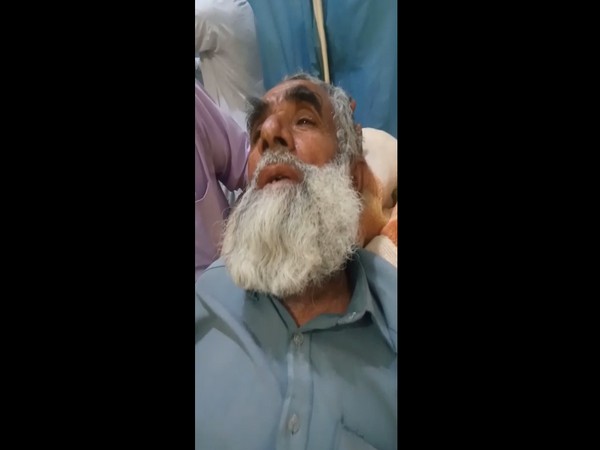 Quetta [Pakistan], April 13 (ANI): Baloch political activists have alleged that Pakistan's secret agencies are constituting criminal gangs and providing them weapons to target civilians and activists in Balochistan province.
On April 10, a man named Haji Ahmad Khan Mirwani, his daughter Asma Marwani and son Ramzan Marwani were attacked that left them critically injured in Kathan area of Khuzdar district by ISI-backed death squad personnel.
In a viral video on social media, Ahmad Khan Mirwani can be seen in the emergency ward of Khuzdar Civil Hospital.
He names the assailants as Fayyaz Zangijav, Tariq Zangijav and Shahnawaz Zangijav in the video. His son Ramzan Mirwani can be seen in a state of unconsciousness, while the assailants also targeted his daughter, Asma Mirwani, who is also seen wounded in the video.
Baloch National Party said in a statement, "Fayyaz Zangijav has been accused of leading a criminal group commonly called in Balochistan as "State Death Squad", which were allegedly created by secret agencies of Pakistan. Fayyaz Zangijav is also head of land mafia group in District Khuzdar".
Baloch National Movement (BNM) alleges that these criminals have been constituted by the intelligence agencies against the Baloch liberation movement, and in return, they have been given weapons and impunity to commit any kind of crime.
Fayyaz Zangijav is an accused in multiple murder cases, he is accused of publicly killing two brothers Ashraf and Nawaz. He is also accused of killing a person over land dispute in the Kathan area of Khuzdar.
"There is also a case to be tried, in which he was arrested, but his cases have been withdrawn from the intelligence agencies", Baloch Liberation Party told ANI in a statement. (ANI)