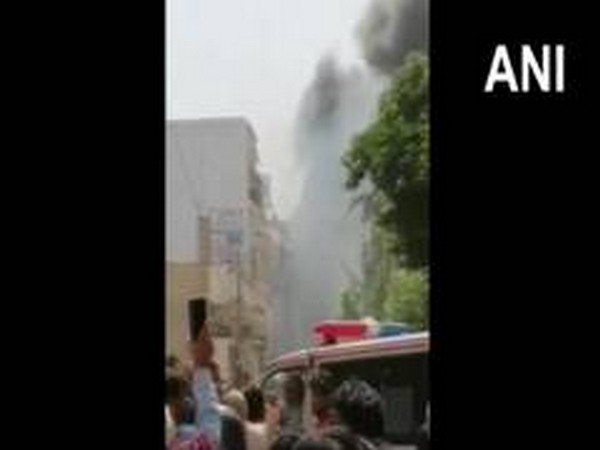 Karachi [Pakistan], May 25 (ANI): The pilot of the ill-fated Pakistan International Airlines (PIA) that crashed recently in Karachi had ignored warnings from air traffic control about the plane height and speed as the aircraft approached for landing.
The A320 Airbus was carrying 91 passengers and eight crew members from Lahore to Karachi on PK 8303 when it crashed in a residential area near Karachi Airport on Saturday, Geo News reported.
Of the 99 people aboard, 97 were killed and only two passengers survived.
According to a report from air traffic control, the flight left the Lahore airport at 1:05 pm (local time) and was scheduled to land at the Jinnah International Aiport in Karachi at 2:30 pm (local time).
At 2:30 pm, the plane was 15 nautical miles from Karachi at Makli, flying at an altitude of 10,000 feet above the ground instead of 7,000 feet, when the air traffic control issued its first warning to the pilot to lower the plane's altitude.
Instead of lowering the plane altitude, the pilot responded by saying that he was satisfied. When only 10 nautical miles were left till the Karachi Airport, the plane was at an altitude of 7,000 feet instead of 3,000 feet.
The report stated that air traffic control issued a second warning to the pilot to lower the plane's altitude.
However, the pilot responded again by stating that he was satisfied and would handle the situation, saying he was ready for landing.
According to an earlier report, prepared by Pakistan Civil Aviation Authority (PCAA), the plane's engines had scraped the runway thrice on the pilot's first attempt to land the plane. It caused friction and sparks. (ANI)