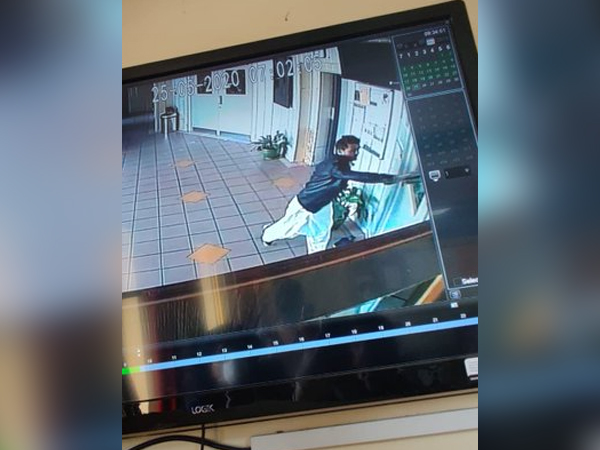 London [UK], May 26 (ANI): A man of Pakistani origin has been arrested by Police in England's Derby after he vandalised Guru Arjan Dev Gurdwara today morning.
He vandalised the Gurudwara and left a note which mentioned Kashmir. A video of the incident showed glasses of doors broken and scattered on the floor.
The incident drew strong condemnation from political leaders in both UK and India.
"Very sad to see an attack on any place of worship. Thoughts are with the Derby sangat who have been providing 500 meals a day from Guru Arjan Dev Gurdwara," tweeted Labour MP Preet Kaur Gill.
Punjab Chief Minister Capt Amarinder Singh said the news was shocking and such intolerance and hatred must end if humanity has to survive.
"Shocking news of vandalism of Guru Arjan Dev Ji Gurudwara in Derby, UK by a man of Pakistani origin, who's been arrested. Such intolerance and hatred must end if humanity has to survive, especially when the world is in the midst of an unprecedented crisis," he said in a tweet.
Consulate General of India in Birmingham expressed shock and called on communities to stand together in this time of difficulty.
"We are deeply saddened and shocked by the attack on Guru Arjan Dev Gurudwara Derby this morning. We hope that all communities will stand together in this time of difficulty to maintain peace and harmony in the spirit of universal brotherhood," it said in a tweet. (ANI)