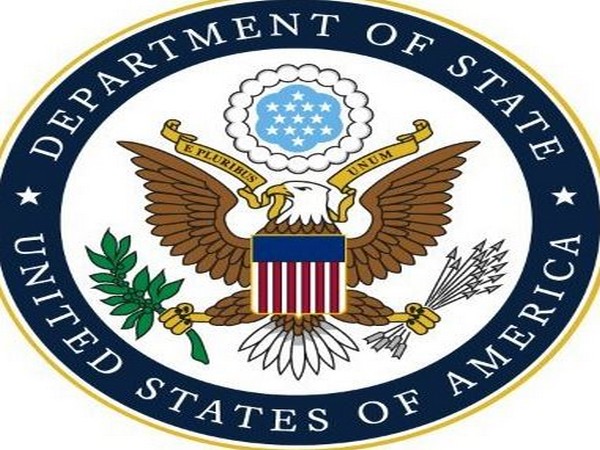 Washington D.C. [USA], June 24 (ANI): A US report stated that Pakistan continues to serve as "a safe haven" for certain regionally focused terrorist groups, including the Afghan Taliban and affiliated HQN, LeT, JeM and their affiliated front organisations, that particularly target Afghanistan as well as the Indian subcontinent.

The Country Reports on Terrorism 2019, submitted by the US Department of State, to the Congress, said that Pakistan took modest steps in 2019 to counter terror financing and to restrain some India-focused militant groups following the February attack on a security convoy in the Indian state of Jammu and Kashmir claimed by Pakistan-based JeM.
However, Islamabad has yet to take decisive actions against Indian and Afghanistan-focused militants who would undermine their operational capability, the report added.

The report said that Islamabad had played a constructive role in the US-Taliban talks in 2019.

Pakistan's progress on the most difficult aspects of its 2015 National Action Plan to counter terrorism remains unfulfilled - specifically its pledge to dismantle all terrorist organizations without delay and discrimination.
"While Pakistani authorities indicted LeT co-founder Hafiz Saeed and 12 of his associates on December 11, they have made no effort to use domestic authorities to prosecute other terrorist leaders such as JeM founder Masood Azhar and Sajid Mir, the mastermind of LeT's 2008 Mumbai attacks, both of whom are widely believed to reside in Pakistan under the protection of the state, despite government denials," the report stated.

In June 2018, the Paris-based Financial Action Task Force (FATF) placed Pakistan on its "grey list" and issued an action plan directing the country to take specific steps by September 2019 to address strategic deficiencies in its CFT efforts. The FATF expressed serious concern at its October 2019 plenary about Pakistan's continued deficiencies but noted it had made some progress and extended the deadline for full Action Plan implementation to February 2020.

In 2018, Pakistan was designated as a "Country of Particular Concern" (CPC) under the International Religious Freedom Act of 1998. It was re-designated as a CPC in 2019 owing to the terror attacks at Lahore's Data Darbar Sufi shrine by Hizbul Ahrar, a faction of TTP; an attack on the Pearl Continental Hotel in Gwadar by Balochistan Liberation Army; two back-to-back attacks in Dera Ismail Khan, Khyber-Pakhtunkhwa by TTP and some others.

Some madrassas reportedly continued to teach "extremist" doctrine. The National Action Plan directs increased government supervision of madrassas, and there was evidence of continued government efforts to increase regulation. Security analysts and madrassa reform proponents observed, however, that many madrassas failed to register with the government or provide documentation of their sources of funding or to limit their acceptance of foreign students to those with valid visas, a background check, and the consent of their governments, as required by law, the report stated.

In addition to continued terrorist activity in Afghanistan and Pakistan, South Asia in 2019, also saw a volatile mix of insurgent attacks punctuated by major incidents of terrorism in the erstwhile Indian state of Jammu and Kashmir and in Sri Lanka. (ANI)