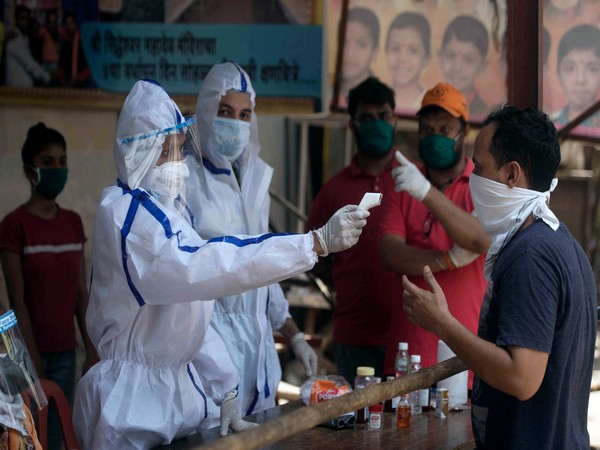 New Delhi [India], September 18 (ANI): The Union Health Ministry on Friday said that 60 per cent of the country's active coronavirus cases are concentrated across five worst-hit States. It also said that there are 13 States and Union Territories that have less than 5,000 active cases of COVID-19.
"Around 60 per cent of the Active Cases are concentrated in only five most affected States. There are 13 States and UTs that even today have less than 5,000 Active Cases," the Ministry tweeted.
The Ministry also stated that that the Centre is "proactively supporting" high caseload States and Union Territories.
"Several Central teams deputed for providing support. Capacities of ICU doctors built up through teleconsultation by AIIMS, New Delhi. Active steps being taken to ensure adequate Medical Oxygen in health facilities," it said in another tweet. 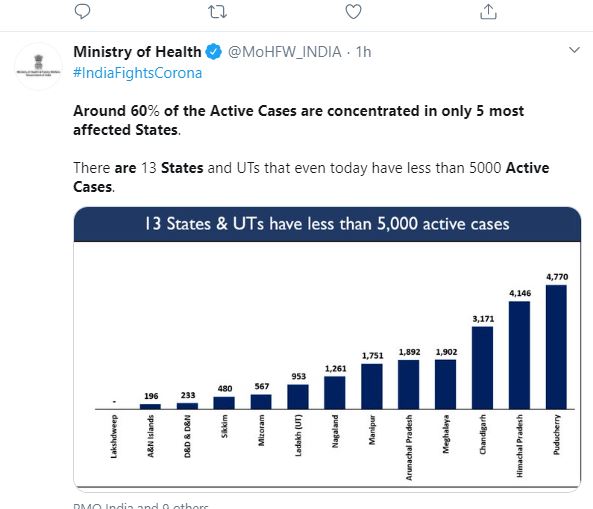 It should be noted that country's coronavirus tally has reached over 51 lakh.
Union Health Minister Dr Harsh Vardhan on Thursday said the government was making all-round efforts to bring the COVID-19 mortality rate down to less than one per cent, which currently stands at 1.64 per cent, still the lowest in the world.
On September 10 also, the Centre had informed that more than 74 per cent of the total active cases of COVID-19 were in five most affected states of which Maharashtra, Karnataka and Andhra Pradesh together contribute a whopping 49 per cent of total active cases. (ANI)