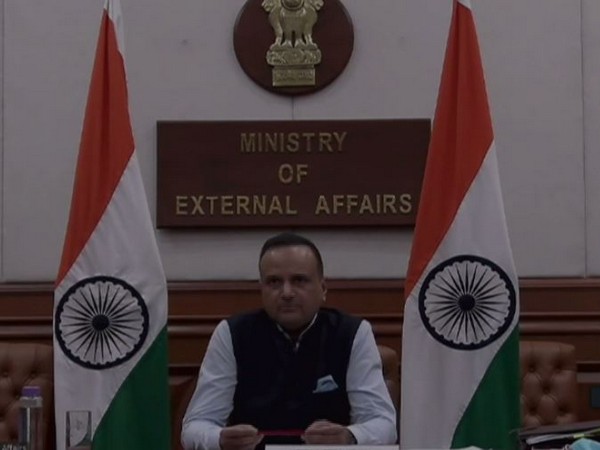 New Delhi [India], June 11 (ANI): India on Thursday gave a befitting response to Pakistan Prime Minister Imran Khan's tweet in which he offered assistance to India. The Ministry of External Affairs Ministry said that India's stimulus package is as large as Pakistan's annual GDP.
India also advised Pakistan PM to change his advisors.
"Pakistan is better known for making cash transfers to bank accounts outside the country rather than giving it to its own people. Clearly, Imran Khan needs a new set of advisers and better information," said Anurag Srivastava, MEA Spokesperson, during a video press conference.
"We all know about their debt problem (almost 90 per cent of GDP) and how much they have pressed for debt restructuring. It would also be better for them to remember that India has a stimulus package, which is as large as Pakistan's annual GDP," the spokesperson said.
Earlier today Imran Khan tweeted, "Acc to this report, 34% of households across India will not be able to survive for more than a week without add assistance. I am ready to offer help & share our successful cash transfer prog, lauded internationally for its reach & transparency, with India."
Another tweet by Imran Khan claimed, "Our govt successfully transferred Rs 120 billion in 9 weeks to over 10 million families in a transparent manner to deal with the COVID19 fallout on the poor".
Prime Minister Narendra Modi has announced 266 billion USD stimulus package for multiple sectors in the wake of crisis created by COVID-19. (ANI)