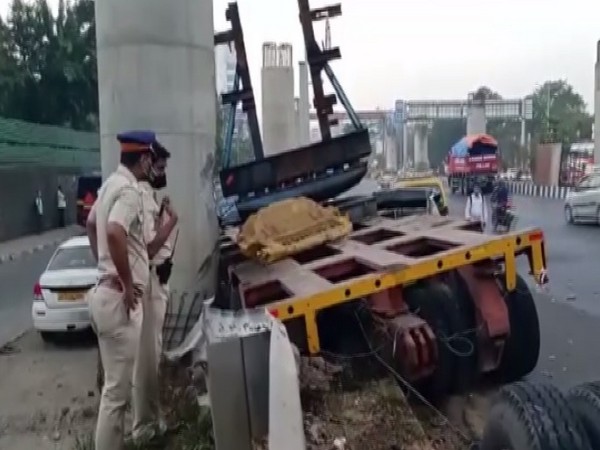 Mumbai (Maharashtra) [India], October 31 (ANI): One person died and two others injured after a crane rammed into a metro pillar in Mumbai on Saturday morning.
A metro crane which was going from Jogeshwari towards Bandra lost control and collided with a metro pillar near a bus stop at Andheri Gundavali near Western Express Highway. The impact of the collision was so strong that the crane split into two parts.
A woman standing at the bus stop got trapped under the rear wheels of crane and died on the spot. Two more people who were nearby were also injured and they have been admitted in a hospital.
The driver of the crane escaped from the spot. The police reached the spot and the body was sent to post-mortem. (ANI)