Skip to content
Home  »  Sports   »   Not Ponting, not Gilchrist: Warner’s wife says middle child is a fan of Kohli 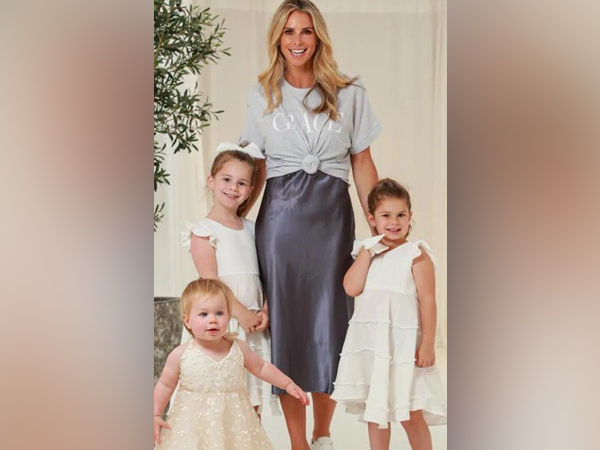 Sydney [Australia], November 19 (ANI): Virat Kohli has been a role model for millions of budding cricketers across the globe and the latest addition in the Indian skipper's fan club is Australian opening batsman David Warner's second daughter.
Warner's wife Candice in a radio chat show recently revealed that her middle child is a big fan of Virat Kohli. The duo have three girls Ivy-Mae (6), Indi-Rae (4), and Isla Rose (1). And the middle child's favourite is not legends like Ricky Ponting and Adam Gilchrist but Indian skipper Kohli.
Speaking to Triple M Sydney radio station, Candice said, "We do play a little bit of backyard cricket. The funny thing is my girls, sometimes they wanna be dad, sometimes they wanna be Finchy (Aaron Finch) but my middle child, she wants to be Virat Kohli. And I am not even joking, her favourite player is Virat Kohli. She is the rebel."
Candice also spoke about the competitive spirit of the daughters when they play with dad David at home.
"The kids blow up because he bowls bouncers to them and they are only like 6 and 4. They are like 'dad no bouncers or don't spin the ball'. The sledging still happens in the backyard," said Candice.
Warner and Kohli will be up against each other in the upcoming series between Australia and India.
The two teams are slated to square off against each other in three ODIs, three T20Is, and four Tests. The tour will commence with the three-match ODI series, slated to begin from November 27 in Sydney.
Kohli will be playing just one Test against Australia and will then head back home after being granted paternity leave by the BCCI.
BCCI had also confirmed that Rohit Sharma will be rested for the white-ball leg of the Australia tour and will be a part of the Test squad. He hit the National Cricket Academy on Thursday to complete his rehabilitation after suffering a hamstring injury during the IPL.
The first Test between India and Australia will be a day-night contest. The four-match series will be a part of the World Test Championship (WTC). India and Australia are at the top two spots in the WTC standings. (ANI)