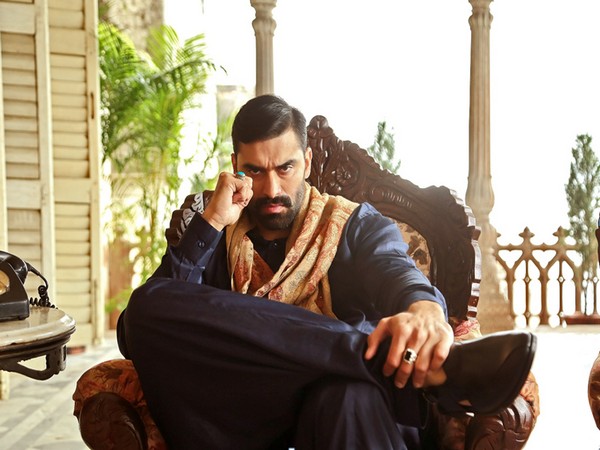 New Delhi (Indaia), June 1 (ANI/Mediawire): We all have heard of the magical transformations Aamir Khan and Salman Khan went through for their roles in Dangal and Sultan, and how Anushka Sharma and Varun Dhawan had to learn how to stitch clothes for Sui Dhaga. Artistes are known to do all things possible to deliver their best in front of the camera, in a bid to ace the roles that they play.
Well, the most recent gangster in town Nikitin Dheer also joined the bandwagon and did all that it takes to turn his character into a memorable one. Known for his stint in Chennai Express as 'Thangabali', he took it upon himself to get under the skin of his character - the villainous 'Waseem Khan' in MX Player's series 'Raktanchal'.
"I read up a lot about Purvanchal, which is where our show is based. And I also watched as many videos I could find - be it news clips, documentaries or even other content based in a similar region so that I could get a sense of the culture and the lingo they used. We also conducted workshops and the director, Ritam, guided me through his vision of the character. It helped me build my character, it helped me learn and unlearn at the same time. A lot of what I did with my character was basis my imagination, too," said Nikitin Dheer, talking about his prep for the role.
MX Player brings viewers a high octane, action packed crime drama inspired by real events from the '80s of Purvanchal, Uttar Pradesh, at the time when the state development work was distributed through tenders.
It is a surreal journey into the brutality set in the Hindi heartland of India and the nine episodic series introduces audiences to the never explored world of the kedari.
The series is directed by Ritam Shrivastav, and additionally stars Kranti Prakash Jha,Vikram Kochhar, Pramod Pathak, Chitranjan Tripathi, Soundarya Sharma, Ronjini Chakraborty, BasuSoni and Krishna Bisht play pivotal roles.
This story is provided by Mediawire. ANI will not be responsible in any way for the content of this article (ANI/Mediawire)