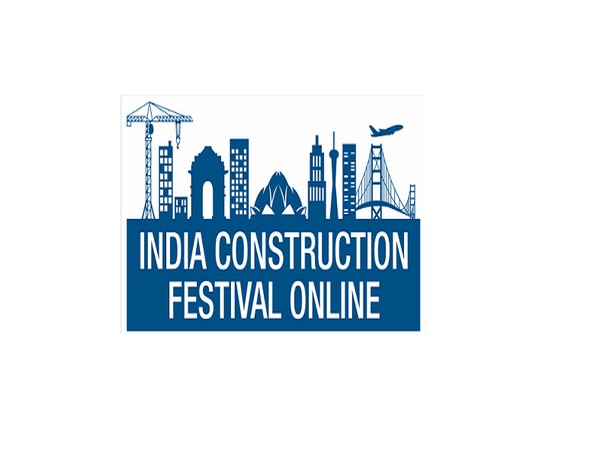 Mumbai (Maharashtra) [India], October 17 (ANI/BusinessWire India): "NHAI has awarded Rs 48,000 crore worth of road contracts in the first six months of this year and we have planned to award contracts worth Rs 2 trillion during the year. There will be good opportunities for construction companies and construction equipment companies in store this year," announced Dr Sukhbir Singh Sandhu, Chairman, National Authority of India as he addressed the awardees and attendees of the 6th India Construction Festival organised by infrastructure think-tank, FIRST Construction Council.
Manoj Kumar, Member (Project), NHAI assured participants at the 10th India Roads Conference, also part of the 6th India Construction Festival that, "There is no dearth of money and the government has encouraged NHAI to build roads with full vigour and make it the best year of highway construction."
Dr Sandhu also informed that NHAI will also be rating the best roads to enhance quality and speed of execution; NHAI has transferred Rs 10,000 crore to pay for its dues to contractors through digital banking; and a Dispute Resolution Board is put in place to encourage resolution while the projects are in progress.
Pratap Padode, Founder & President, FIRST Construction Council lauded the authorities on the decision to defer the implementation of the emission norms for construction equipment to 1 April 2021.
He further urged the authorities to advocate a land pooling method by stating, "As part of the National Infrastructure Pipeline, the roads sector would elicit an expenditure of Rs 3.24 trillion in FY 2020 alone apart from its total allocation of nearly Rs 19 trillion over five years until 2025. With land costs constituting 40 per cent of the cost of roads from only 10-15 per cent barely seven years ago, the failing of the Land Acquisition Act is hurting the stability of this model. I have been constantly recommending abandoning the purchase of land for road construction and deploying innovative land pooling instead, which will save the country over Rs. 2 trillion."
Union Minister for Steel, Petroleum and Natural Gas, Dharmendra Pradhan announced that, "Through the DMISP Policy, we are giving a boost to domestic sourcing of iron and steel products by central government organisations, by mandating preference. Through this DMISP Policy, we have been able to have steel import substitution worth over Rs 20,000 crore so far."
He further appealed to the construction industry present at the virtual event INDIA CONSTRUCTION FESTIVAL, "I appeal to all of you from the construction industry to create awareness of the need for greater steel usage."
CONSTRUCTION WORLD Person of the Year Dr Brijesh Dixit, Managing Director, Maha Metro Rail Corporation cited the use of technology and prior planning as the reasons for the success of his expeditious execution.
"All aspects of the projects including land acquisition, vendor selection, equipment selection and several other factors were planned in detail right from the word go. The use of iTWO technology and 5D BIM helped integrate information and facilitated timely and informed decisions," he added.
The two-day virtual event was a break-through in virtual event technology with a huge audience attending the exhibition, conference and awards simultaneously. An illustrious jury selected the winners after information on the contenders was run though a sturdy mathematical model.
The CONSTRUCTION WORLD annual awards were held for the 18th year while the EQUIPMENT INDIA Awards were held for the 8th year in succession. With more than 55 awardees awarded from the road and metro construction, and equipment sectors, the awards have achieved a milestone for the construction sector and the FIRST Construction Council.
The winners awarded included the following:
Best Seller awards in various equipment categories were: Ammann India in Asphalt Finishers, JCB India in Backhoe Loaders, CASE India in Compaction Equipment, BEML in Crawler Dozers and Rigid Dump Trucks, Tata Hitachi in Crawler Excavators and Mini Excavators, Action Construction Equipment in Mobile Cranes, Caterpillar India in Motor Graders and Wheeled Loaders, and Doosan Bobcat India in Skid-steer Loaders. VG Sakthi Kumar, Managing Director, Schwing Stetter India was selected as the Equipment India Person of the Year 2020.
Among construction companies, in the large category (Rs 7,500 crore plus turnover), the awards for India's fastest growing construction companies went to GR Infraprojects followed by Afcons Infrastructure and DilipBuildcon. In the medium category (Rs 2,000 crore to Rs 7,500 crore), the awards for the fastest growing construction companies were bagged by Dineshchandra R Agarwal Infracon Pvt Ltd followed by APCO Infratech Pvt Ltd and PNC Infratech.
In the small construction category (less than Rs 2,000 crore) Welspun Enterprises bagged the fastest growing construction company award, followed by PSP Projects and Vascon Engineers. L&T won the award for the Largest & Most Profitable Construction Company.
The CONSTRUCTION WORLD Person of the Year 2020 (Pvt Sector) was KVB Reddy, MD, L&T Metro Rail; while Dr Brijesh Dixit, Managing Director, Maha Metro Corporation was selected as the CONSTRUCTION WORLD Person of the Year 2020 (Public Sector). Companies that won the TOP CHALLENGERS trophy included Ashoka Buildcon, DilipBuildcon, HIL Limited, IRB Infrastructure Developers, J Kumar Infraprojects, JK Cement, KNR Constructions, Kolte Patil Developers, L&T, PNC Infratech, Prestige Estates, PSP Projects and Welspun Enterprises.
This story is provided by BusinessWire India. ANI will not be responsible in any way for the content of this article. (ANI/BusinessWire India)