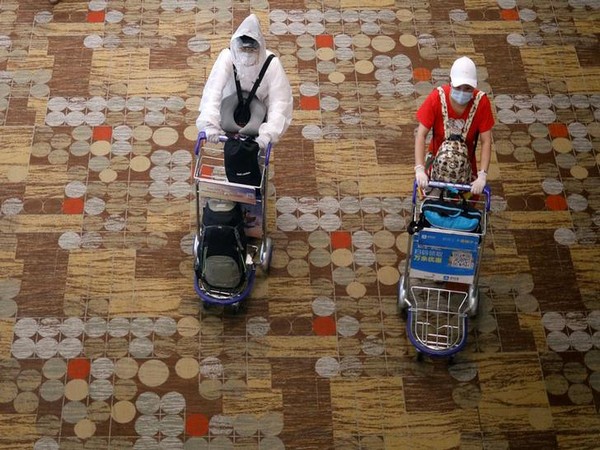 Singapore, April 1 (ANI): The next two weeks are crucial in the battle against coronavirus, experts warned a day earlier, after new clusters and infection-related cases with no known connections were reported in Singapore.
Whether this potential time bomb is defused or not is now firmly in the hands of each individual in the country, they stressed as quoted by The Strait Times.
"People must decide at this point whether they choose to cooperate and listen to the reminders on personal hygiene, physical distancing and to stay at home unless absolutely necessary, or if they continue to behave irresponsibly especially in public," said Professor Teo Yik Ying, Dean of the National University of Singapore's Saw Swee Hock School of Public Health.
"Right now, it is really in the hands of ordinary citizens to act responsibly and break any community transmission in Singapore,"
"If many in Singapore refuse to follow the simple instructions, then no matter what the Government puts in place, we will see an uncontrollable outbreak," he added.
In Singapore, the number of unlinked cases has seen an upward trend in the last few days, with the Health Ministry conducting contact tracing for 93 locally transmitted cases as of yesterday.
The number of local cases in the country spiked by nearly 15 per cent, compared with a five per cent rise in imported cases in the last three days. As of now, the local cases looks set to take over imported cases as the number of people returning from abroad shrinks.
Associate Professor Hsu Li Yang, also from the same varsity, said that if the number of cases can be held in check, it bodes well for the longer term.
"If we can get through this and next week without a dramatic rise in cases - particularly unlinked cases - we should achieve a period of stability again," the professor added.
As imported cases taper off, the nation is entering a new phase of community transmission, with local cases set to dominate yet again.
This is of concern because it means the virus is becoming more entrenched in the community.
Returnees from the United States and Britain, for instance, fell from 1,200 daily last week to 300 a day this week. With 926 people testing positive here so far, the country will certainly cross the 1,000 mark within the week, the experts noted.
Globally, the number of cases has surged past 800,000, with more than 40,000 deaths reported. (ANI)