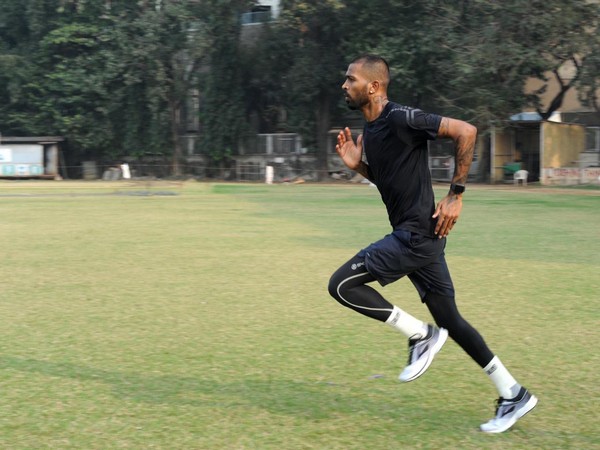 New Delhi [India], January 7 (ANI): India cricketer Hardik Pandya has vowed to make 2021 better than last year. And in order to be a consistent performer in all the games he plays, the big-hitting all-rounder has resumed training.
Pandya shared the photos on his Twitter account and he captained the post as "New year, same hustle."
The all-rounder was last seen in action in the three-match T20I series between India and Australia on Australian soil.
A consistent run saw Pandya being named as 'Player of the Series'. However, the all-rounder said that the actual Man of the Series was none other than left-arm pacer T Natarajan. And Pandya handed over the trophy to the youngster.
Speaking to ANI on handing the pacer his award, Pandya said he strongly believes in backing people to achieve their dreams and for him, the youngster truly deserved the award.
"I want people to believe in themselves and to achieve anything even if odds are against them. It's just my way of appreciating his hard work over the years. For me, Natarajan deserves the Man of the Series award. To perform so brilliantly on his debut speaks volumes of his belief and the talent he possesses," he said.
In the three-match T20I series, Pandya registered 78 runs and he even played a match-winning knock of 42 runs in the second T20I to give India a series win.
The all-rounder also had a good Indian Premier League (IPL) 2020 campaign with the Mumbai Indians as the team went on to lift the trophy. (ANI)