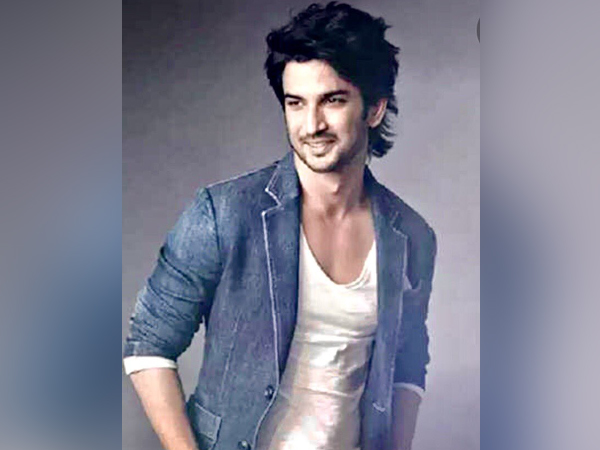 Mumbai (Maharashtra) [India], June 15 (ANI): Veteran actor Dharmendra on Monday mourned the untimely death of versatile star Sushant Singh Rajput and extended condolences to the family of the late actor.
The 84-year-old star put out a picture of the late actor on Twitter and penned a note, mournig the death of 34-year-old actor.
He tweeted, "Pyaare Sushant, naa film dekhi na kabhi mila tum se ....par tere achaanak chale jaane se bada sadma laga !!! " (Dear Sushant, I have never seen your film or ever met you .... But I am extremely shocked on your sudden departure)." 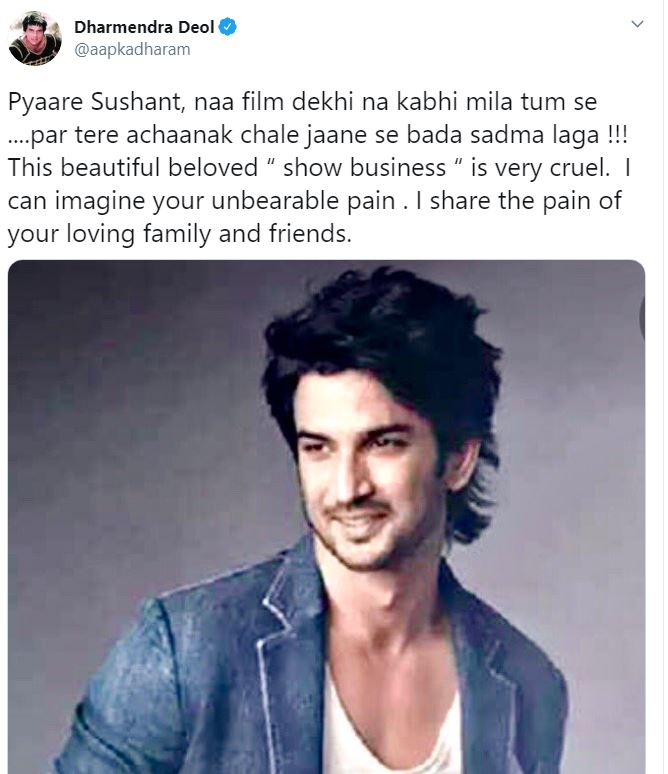 "This beautiful beloved " show business " is very cruel. I can imagine your unbearable pain. I share the pain of your loving family and friends," Sr Deol's tweet further read.
Sushant Singh Rajput allegedly killed himself at his Bandra residence by hanging himself in Mumbai on Sunday, the police said.
The untimely death of the versatile actor has sent shock waves among celebrities and his fans alike.
Scores of actors including Anupam Kher, Alia Bhatt, Deepika Padukone, and many others took it online to share their grief and sorrow with the untimely demise of the young actor. (ANI)