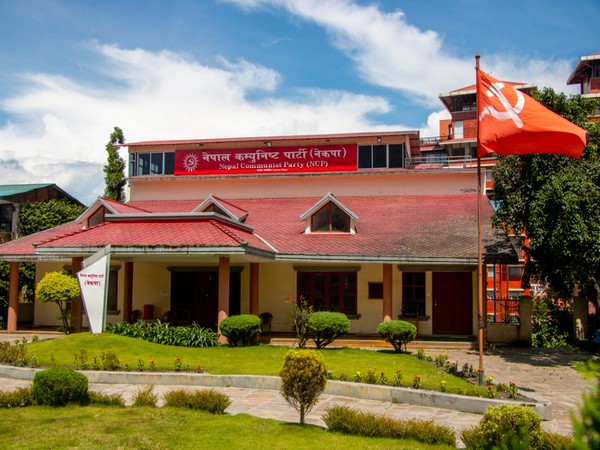 Kathmandu [Nepal], Aug 25 (ANI): The Nepal Communist Party has called its secretariat meeting on Saturday to discuss recommendations made by joint task force concerning party matters.
Prime Minister KP Sharma Oli and co-chair Pushpa Kamal Dahal on Tuesday held a two-hour-long discussion and agreed to summon a meeting of the secretariat on Saturday, Surya Thapa, Press Advisor to PM Oli told ANI.
He said the meeting will be held on August 29 at 11 am.
"The agenda of the meeting is to discuss reports submitted by the joint task force formed to solve the concerns that were raised in the last three months," Thapa said.
The joint task force was formed earlier this month to make recommendations to solve the rift in the ruling party amid demands for resignation of the Prime Minister.
The task force, which was formed with the consent of PM Oli and Dahal, submitted its report on August 22.
The report recommended that Oli s should retain his post for full tenure and decision on party chair would be decided in general convention planned for April next.
The task force report also suggested giving full authority in party matters to Dahal and that the Prime Minister should hold consultation with the party on future decisions. It also suggested a cabinet reshuffle which the PM is working upon.
The task force was led by NCP general secretary Bishnu Paudel and included Shankar Pokharel, Bhim Rawal, Surendra Pandey, Pampha Bhusal and Janadran Sharma as members. (ANI)