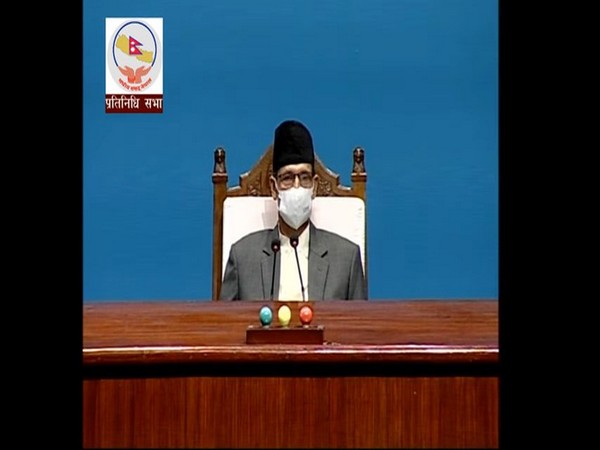 Kathmandu [Nepal], June 13 (ANI): The amendment bill to incorporate a newly updated political and administrative map of Nepal, which includes Indian territories, has been endorsed by lower House of Nepal with a two-thirds majority.
Constitution of Nepal (Second Amendment 2077) Bill, which seeks to incorporate updated map in the Schedule 3 (Coat of Arms) in the Constitution of Nepal, was endorsed through voting held in the Parliament on Saturday.
A total of 258 votes were cast in support of the proposal with "nil" votes in `against' or `abstained' category.
Members of Nepal's House of Representatives voted for the amendment bill after about five hours of debate. The parliamentarians called for talks with India to resolve the issue.
"We have made a resolution that we will solve the issue of the border once and for all through dialogue and diplomatic efforts. We are not here for enmity with India. All the parties are serious about it," Pushpa Kamal Dahal, former Prime Minister and Chairman of ruling Nepal Communist Party said in parliament.
The House of Representatives or the lower house of Nepal has 275 seats and some seats have remained vacant for various reasons. (ANI)