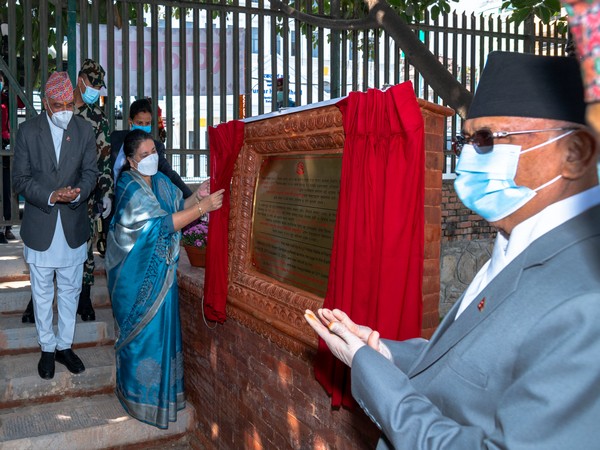 Kathmandu [Nepal], October 21 (ANI): Nepal President Bidhya Devi Bhandari inaugurated the reconstructed "Rani Pokhari" or the "Queens Pond" during a ceremony on Wednesday afternoon despite the rise in coronavirus cases across the country.
President Bhandari along with Prime Minister KP Sharma Oli and other cabinet ministers attended the procession held on Wednesday afternoon. The Malla era pond, which witnessed structural damage due to the 2015 earthquake got a new look after undergoing reconstruction.
"We can and we will rebuild our structures damaged by earthquake with increased security and stronger than before. We will further rebuild our cultural heritages that would be stronger but as per the historical structure," President Bidhya Devi Bhandari said while addressing the program.
"Other damaged structures which are in need of reconstruction, will be completed in a planned way and sooner," President Bhandari added.
It was the first public program held out of the spheres of President Residence or Office, which he attended after the outbreak of COVID-19 in the country.
President Bhandari had laid the foundation stone of Balgopaleshwor Temple on January 16, 2016, formally beginning the start of the reconstruction drive of heritages around the nation. (ANI)