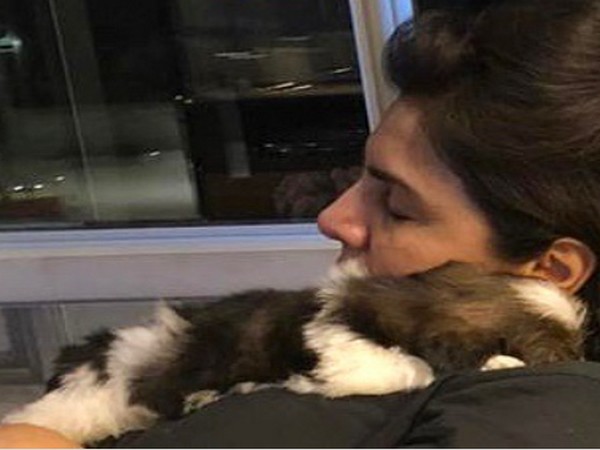 Mumbai (Maharashtra) [India], June 18 (ANI): Veteran actor Neetu Kapoor welcomed a new family member as her fashion designer daughter Riddhima Kapoor Sahni gifted her a Shih Tzu puppy, which they named 'Doodle.'
Kapoor took to Instagram and posted a picture of herself cuddling with the little ball of fur and thanked Riddhima in the caption.
"Can't thank @riddhimakapoorsahniofficial enough for this cute button 'Doodle'," she wrote to which her daughter replied, "Ufffffff in love with this button."
Separately, Riddhima posted pictures of herself and her mother snuggling with the puppy on Instagram.
"We welcome this cutie. Doodle #shitzulove," Riddhima wrote in her caption.
After her father Rishi Kapoor's demise, Riddhima flew down to Mumbai from New Delhi to spend more time with her mother. (ANI)