Skip to content
Home  »  Sports   »   My performance in ODIs against NZ has been ‘average’, says Megan Schutt 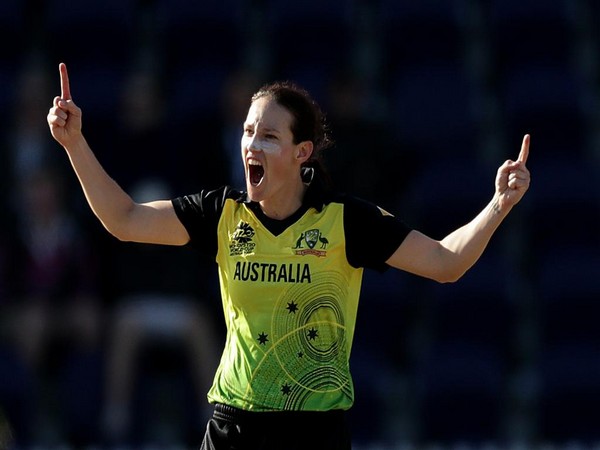 Brisbane [Australia], October 6 (ANI): Australian women's pacer Megan Schutt has deemed her performance in the ongoing ODI series against New Zealand as "average".
She has also admitted that the switch from the shortest format to 50-over cricket has been a challenge for her.
"A bit average, to be honest. I haven't been overly pleased with how I've bowled. Think I've had some good overs in there but have had some poor ones as well. For me the ODIs over the last couple of days - I've felt like I've struggled a bit with my length; need to get a bit fuller," ESPNCricinfo quoted Schutt as saying.
"That's the transition from playing so much T20 cricket for a long period and then we are converting back with the WBBL. I've been a little bit disappointed but, hopefully, will find some consistency," she added.
In the ongoing ODI series against New Zealand, Schutt has been able to take three wickets in two ODIs.
Schutt also said that she has not been able to find the swing that she expected in the morning of the match.
"In the first couple of games my eyes lit up a bit being the morning at AB (Allan Border) Field; there's normally a bit more juice in the pitch, and I haven't quite had the swing I thought I'd have - not sure if it's me, the ball, the pitch or all the above so had to switch up after a couple of overs," Schutt said.
"Quite often when I get ahead of myself I chuck up too wide hoping it will swing and give them a nice half volley. I have Been quite aware of not doing that, so have been trying to adjust my lines to straighten up," she added.
Meg Lanning and Rachael Haynes had played knocks of 101 and 82 respectively as Australia defeated New Zealand by four wickets in the second ODI of the three-match series on Monday.
With this win, Australia gained an unassailable 2-0 lead in the three-match ODI series. Both sides will now lock horns in the third and final ODI on Wednesday, October 7.
Australia have now extended their unbeaten ODI run to 20 matches. If the side wins the final ODI, then the side will equal Ricky Ponting's record of consecutive 21 ODI victories in 2003. (ANI)