Skip to content
Home  »  World   »   My family members were abducted after I became vocal about Uyghurs in China: Activist 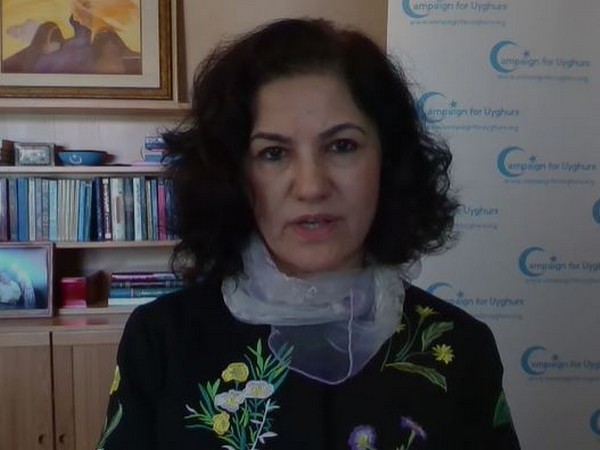 Washington DC [US], October 18 (ANI): The situation in Xinjiang started deteriorating in 2017 when the Chinese government was holding one million people in detention camps and now the number has increased to 3 million, an Uyghur-American activist in an interview.
The activist revealed how her family members were abducted after she started campaigning for the Uyghurs and raising awareness about the ongoing genocide against the ethnic minorities.
"After I came to know about the unprecedented situation and atrocities happening against the Uyghurs and all of it was not getting to the mainstream media, I established a campaign for Uyghurs. All because of my activism, and just because I was very vocal about what is happening in my homeland, my sister and my aunt were abducted," Rushan said in an interview on Youtube.
"My sister and my aunt were abducted six days after I gave a speech at one of the think tanks in Washington DC. And since then I have given up my job, to focus full time on activism. Since October 2019, I have the Executive director for the Campaign for Uyghurs and raising awareness about the genocide against the Uyghurs," she said.
She said that after China started to open to the West in the late 70s.
"Those were times when people were free to do what they wanted. Those were the golden period of East Turkestan since its occupation in 1949 when Communist China occupied our territory. After that, it went downhill."
Rushan said that right after 9/11 (terrorist attack in the US), Chinese authority started turning against the Muslims. Overnight they came up with the plan for Uyghurs. They started labelling them as Muslim extremists."
Earlier this month, Rushan had slammed 45 countries who have signed a statement supporting the genocide of the Uyghurs, saying that the supporters of China are themselves under an authoritarian regime.
"45 countries have signed a statement supporting the genocide of the Uyghurs. I cannot help but notice that most of these countries listed are authoritarian regimes themselves, or are in a position to be easily bought. These so-called friends of China have revealed the kind of barbaric regime they possess," Abbas had said in a video message.
Xinjiang region is home to around 10 million Uyghurs. The Turkic Muslim group, which makes up around 45 per cent of Xinjiang's population, has long accused China's authorities of cultural, religious and economic discrimination.
Classified documents known as the China Cables, accessed last year by the International Consortium of Investigative Journalists, threw light on how the Chinese government uses technology to control Uyghur Muslims worldwide.
However, China regularly denies such mistreatment and says the camps provide vocational training. (ANI)