Skip to content
Home  »  Sports   »   My dream has always been to play under Dhoni: Sandeep Sharma 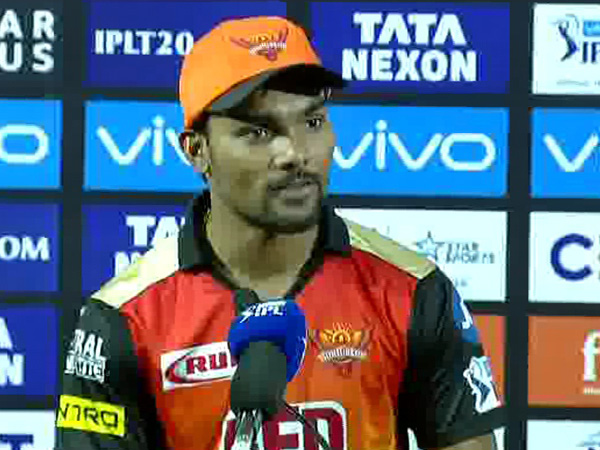 New Delhi [India], July 7 (ANI): As wicket-keeper batsman Mahendra Singh Dhoni celebrates his 39th birthday today, bowler Sandeep Sharma on Tuesday said that playing under the former skipper has always been his dream.
Sandeep, who plays for Indian Premier League's (IPL) franchise Sunrisers Hyderabad has featured in two International games for India.
The two T20Is were played against Zimbabwe in 2015 under the captaincy of Indian batsman Ajinkya Rahane.
"One of my dreams has always been to play under Mahi Bhai. And I hope it comes true someday. Happy Birthday Mahi Bhai. May you be blessed with happiness and good health. @msdhoni," Sandeep tweeted.
Dhoni is the only captain to win all major ICC trophies (50-over World Cup, T20 World Cup, and Champions Trophy).
Under Dhoni's leadership, India also managed to attain the number one ranking in Test cricket. His Indian Premier League (IPL) franchise Chennai Super Kings (CSK) has also won the tournament thrice under his leadership.
Dhoni was slated to return to the cricket field on March 29 during the IPL's opening match between CSK and Mumbai Indians. However, the tournament has been postponed indefinitely due to the COVID-19 pandemic.
The 39-year-old has been currently enjoying some time away from the game. He last played competitive cricket during the 2019 World Cup. (ANI)