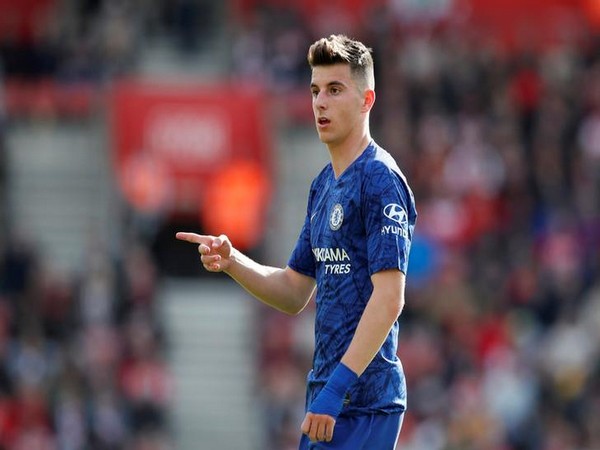 London [UK], June 12 (ANI): Chelsea's Mason Mount has heaped praise on Frank Lampard saying that he feels "very lucky" to be working under the current manager of the club.
"I'm very lucky to have worked with Lampard at both Derby and then at Chelsea this season. The manager has been great with me. He's always giving me little bits of advice and he's just been encouraging me to keep learning and to keep growing as a player," the club's official website quoted Mount as saying.
The Premier League is set to return to action after a long break caused by the coronavirus pandemic. Chelsea will resume their 2019-2020 campaign on June 21 when they compete against Aston Villa.
Mount also expressed his desire of emulating the manager as he aims to add more goals to his tally.
"I'd love to add more goals to my game, like Frank did when he played for Chelsea. If I could make even half of his goals then I'd be very happy! He was so dominant as a goalscoring midfielder," he said.
"I'd also like to be successful like him in terms of trophies won. As young players coming through, you dream of lifting silverware and that's no different to this team. We want to win trophies and having seen the Chelsea team when Lampard was playing, that's something we can aspire to," Mount added. (ANI)