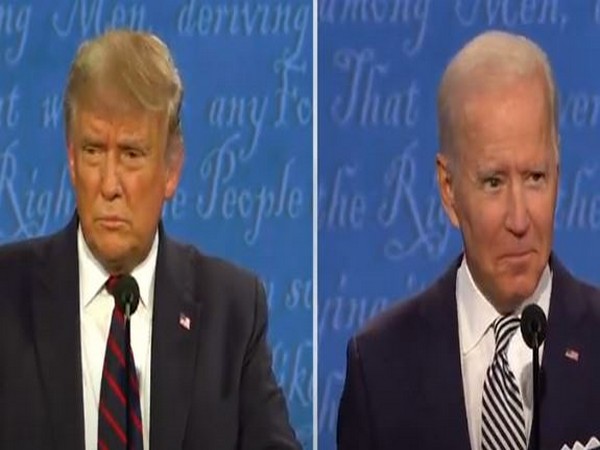 Washington DC [US], October 2 (ANI/Sputnik): Half of the US presidential debate's audience believe that Democratic nominee Joe Biden outperformed President Donald Trump with a majority of viewers blaming the incumbent for the chaotic show, a POLITICO/Morning Consult poll showed on Thursday.
The first of three presidential debates was held on Tuesday in Cleveland, Ohio, and was marred by mutual insults and frequent interruptions.
"The survey, conducted the day after the candidates' clash in Cleveland, found that 50 per cent of debate watchers surveyed said Biden, the Democratic presidential nominee, performed the best. Just 34 per cent said the same about the Republican incumbent, and 16 per cent said they did not know or had no opinion," Politico said.
More than half of those who watched, 52 per cent, said they did not enjoy the 90 minutes show. Eighty-six per cent of respondents believe that debaters were "interruptive". "The vast majority... said Trump butted in more than Biden, 71 per cent to 18 per cent," according to the publication.
After the showdown, the organizers promised to amend rules giving a moderator more tools to enforce the order.
The next two debates will be on October 15 in Miami and October 22 in Nashville, and a single round for their running mates. Vice President Mike Pence and Senator Kamala Harris, are scheduled to meet on October 7 in Salt Lake City. (ANI/Sputnik)