Skip to content
Home  »  Sports   »   Most dismissals due to Indian batsmen’s errors: Vihari 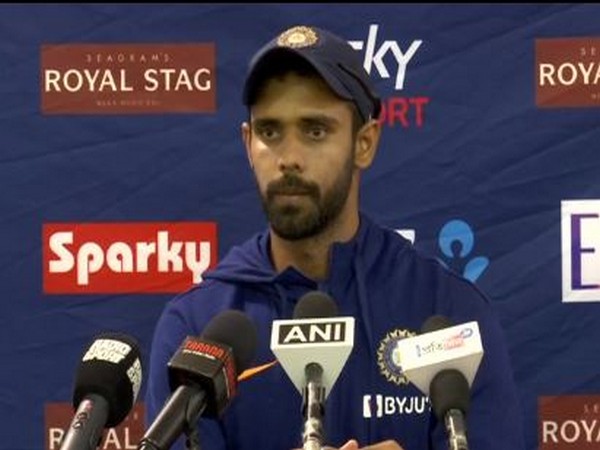 Christchurch [New Zealand], Feb 29 (ANI): After India were all out for 242 on the first day of the second Test against New Zealand on Saturday, Hanuma Vihari said that most dismissals were due to errors made by batsmen.
Prithvi Shaw, Cheteshwar Pujara and Vihari all scored a half-century but failed to capitalise on their starts. Shaw and Pujara scored 54 each while Vihari was dismissed for 55 runs.
"The way Prithvi played in the beginning, he set the tone. Then Pujara, being an experienced player, spent time. We (Prithvi, Pujara and I) gave away wickets at the wrong time. I do not think the dismissals were because of the pitch, it was mostly because of batsmen's error," Vihari said after the end of day 1 of the second Test.
Vihari believes that 300 would have been a respectable total on this pitch but feels they played better than they did in the first Test at Wellington, where they suffered a 10-wicket defeat.
"I think 300 or 300 plus would have been an ideal total on this wicket but having said that, we showed more intent than we did at Wellington and that is a positive take away. Maybe in the second innings, we can carry forward that intent to bigger performances," he said.
New Zealand got off to a good start to their first innings and were 63 for no loss. However, Vihari backed the Indian bowlers and said they will stick to their plans tomorrow.
"Although they have got 60 for no loss on the board, I think the scoreboard does not really reflect the way we bowled today. I think we bowled in great areas and there was some help from the wicket. As a bowling unit, we will stick to our plans tomorrow and we will have some different plans according to the wicket and the batsman. We will stick to it and hopefully get some breakthroughs early on," Vihari said. (ANI)

One thought on “Most dismissals due to Indian batsmen’s errors: Vihari”