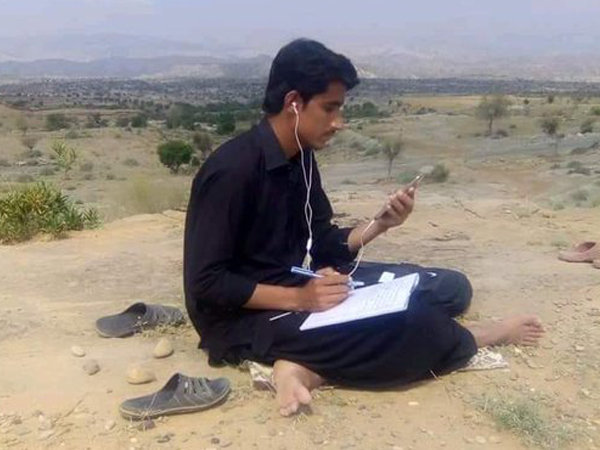 Quetta [Pakistan], June 4 (ANI): Mobile and internet services have been shut down in Quetta since Monday morning for unaccounted reasons, according to Balochistan Post.
"Cellular networks - mobile services and internet - went offline on Monday morning for no apparent reasons and have been shut down since then," the online portal said.
Media reports stated that Liaqat Shahwani, the spokesperson for the Balochistan government, denied local government's involvement in the matter and expressed ignorance on the issue
Shahwani further informed the Post that the provincial government has not requested the Islamabad for re-opening internet services in the region.
Due to the city-wide offline cellular services, the general public is facing various problems. The Pakistani government has also not issued any statement in this regard, as per reports.
It is pertinent to mention that the cellular services have been cut-off in the Panjgur, Kech and Kalat districts of Balochistan for the past five years. Various demonstrations have been held to address this issue, but all in vain. Internet inaccessibility remains a major issue in Balochistan.
Amidst the COVID-19 pandemic, the Higher Education Commission of Pakistan (HEC) announced online classes throughout the country. Due to the internet unavailability and the unpredictable cellular services throughout Balochistan, students are incapable of attending online classes. Student organizations and the general public have expressed their concerns on this issue.
Baloch Students Action Commission (BSAC) and Baloch Student Commission (Islamabad) held a press conference in Quetta press club to address this issue. The protestors alleged that the Baloch students are still deprived of the internet facilities in this advanced age. They further said that the government and educational authorities neglect the "underprivileged" majority of the students and craft policies congenial to the needs of "elite" students.
The protestors clarified that they will raise objections on the online classes on other forums as well. If necessary, they said, they will accost the courts for legal inquiry on the matter.
The sudden shut down of the internet and cellular services in Balochistan's capital, Quetta, has been attributed to "security reasons" by some. No official statement has been issued by the relevant authorities or the government on this matter.
According to the residents of Quetta city, the internet shut down comes after the recent incident of Hazara town, where a 23-year-old young man Bilal Noorzai was brutally beaten to death by an angry mob of vigilantes on Friday.
According to the eyewitnesses; roughly 300-400 people attacked Bilal and his two other friends. The vigilantes dragged the three youths into a nearby salon, stripped them and ruthlessly beat them.
After a two-hour-long scuffle, the police eventually liberated the victims. Till then, Bilal had died, whereas his heavily wounded friends were transferred to the hospital in a critical state. (ANI)

5 thoughts on “Mobile services shut down in Quetta amid protests”