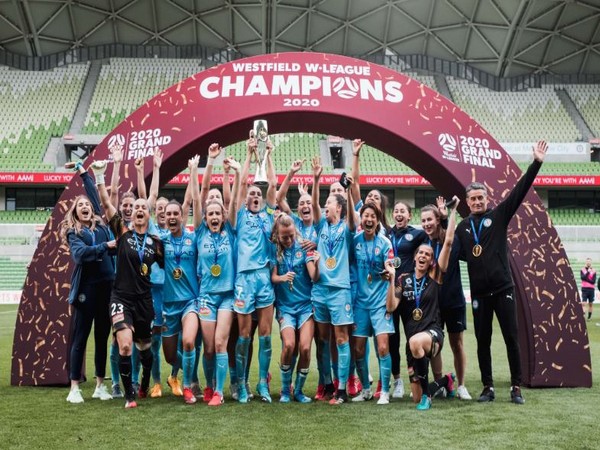 Melbourne [Australia], Mar 21 (ANI): Melbourne City on Saturday lifted the W-League title after they secured a 1-0 win over Sydney FC in the final.
With this win, they have become the first W-League club to lift the Championship four times.
Steph Catley had netted the only goal scored in the match and handed Melbourne City a victory against Sydney FC.
After taking a lead, Melbourne City managed to defend the lead and restricted Sydney FC from scoring an equaliser.
The match was played behind closed doors at AAMI Park due to the global COVID-19 pandemic.
Coronavirus, which originated in Wuhan city of China, has so far claimed the lives of over 10,500 people globally and has infected more than 244,500 worldwide. (ANI)