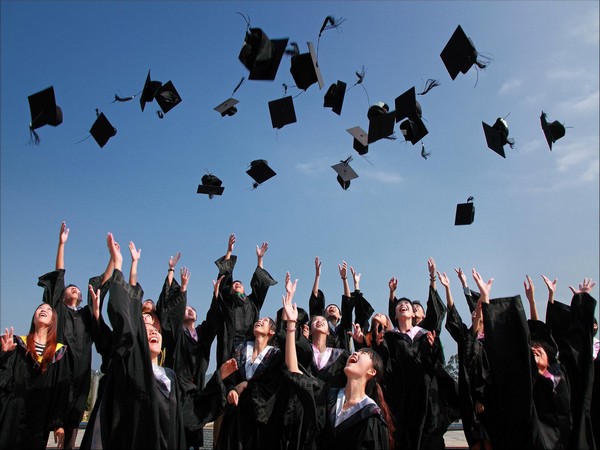 New York [USA], Aug 6 (ANI): Business schools that spent months planning MBA classes with a few on-campus experience are bearing the brunt of COVID-19 crisis as weeks before classes start some of those plans are already suffering and falling apart.
According to The Wall Street Journal, last week, two of the country's highest-profile business schools--the University of Pennsylvania's Wharton School and Georgetown University's McDonough School of Business--joined the list of MBA programmes and universities shelving plans for a hybrid of online and in-person classes and shifting to a nearly all-virtual model, at least temporarily.
MBA programmes have faced pressure to offer at least some in-person training at universities.
As over the summer, COVID-19 cases have surged nationwide, "it became clear that what we could deliver would not be sustainable amid the shifting situation," Howie Kaufold, the school's vice dean, wrote in a letter to Wharton's M.B.A. students Friday.
At Georgetown, business school officials said that classes would return to a hybrid format, as originally planned when health experts and local rules permitted.
Many students and schools say that much of the value of the traditional, two-year degree--which can cost more than $200,000 with living expenses at some programs--comes from in-person activities, such as networking with classmates, overseas trips and career fairs.
"A lot of the value of the programme is not only the instruction but the network you create, the relationships with the other people in the programme, the opportunities to engage with alumni and faculty," said Peter Johnson, an assistant dean at the Haas School of Business at the University of California, Berkeley. "It's not that you can't do those things remotely; it's just different."
In a survey conducted in the month of July, of 130 business schools by the Association to Advance Collegiate Schools of Business, 87 per cent said they planned to adopt a mix of on-campus and remote teaching, either by staggering the number of students in a classroom at any one time or holding courses with a small number of enrollees in-person.
Meanwhile, some graduate-level business schools have the advantage of staying isolated from the rest of the campus, which they say lets them manage fewer students in ways that other schools cannot.
"At Berkeley, where the Haas School has its own cluster of buildings, much of the university's roughly 40,000 general student population will take classes online this fall, but its approximately 600 MBA students can split into small groups and stay socially distanced," Johnson said.
Harvard Business School, in Boston across the Charles River from Harvard's main campus consists of single-bedroom dormitories for many MBA students who live on campus, is also planning a blended approach.
"Students, faculty and staff who come to campus and frequently interact with others will be tested every three days for COVID-19. Students will be able to do small group work, and some classes will have in-person elements, though the school hasn't determined how many will," said Jan Rivkin, a senior associate dean and head of the school's MBA programme.
"It's a massive benefit," he said of the business school's more removed location and housing.
"There is no way we could hold up the hope of being hybrid in part of our classes if we didn't have that," Rivkin said.
However, some students are still raising questions whether even a partially online degree is worth it.
Harvard said this summer that its incoming fall MBA class would be about 20 per cent smaller than normal after many students took up its offer to let them defer their studies.
About 270 MBA students at New York University's Stern School of Business signed a similar letter to school administrators, asking that the school not follow through on its planned 3.5 per cent tuition increase and instead discount its tuition, according to The Wall Street Journal. (ANI)