Skip to content
Home  »  Sports   »   Martin Guptill is a challenge for me: Navdeep Saini 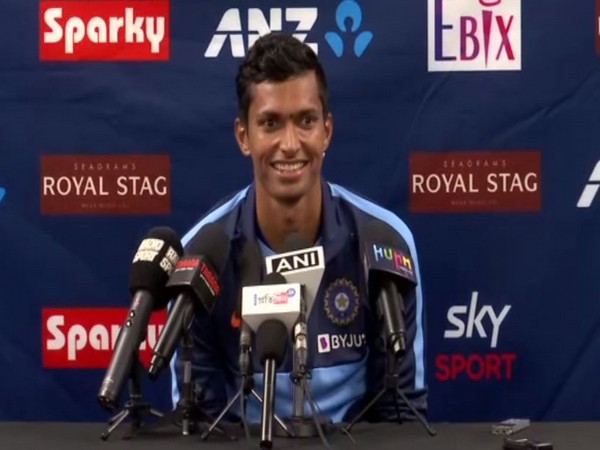 Auckland [New Zealand], Feb 8 (ANI): After suffering defeat at the hands of New Zealand in the second ODI, Indian fast bowler Navdeep Saini said that Martin Guptill is an aggressive batsman and is a challenge for him.
"I think Martin Guptill is an aggressive player and is a challenge for me," said Saini at the post-match press conference here.
Guptill played a run a bowl knock of 79 runs and with Henry Nicholls put on 93 for the first wicket.
BlackCaps defeated India by 22 runs and have gained a 2-0 unassailable lead in the three-match series.
After playing an innings of 45 runs in the lower order, Saini said the focus was to contribute to the side and take the game close.
"Since the wicket was flat, my focus was to stay at the crease and help the batsman at the other end. The plan was to contribute for the team and take the match close," he said.
The 27-year-old pacer said that he was disappointed to get out early and could not take the side over the line.
"We could have stayed at crease and taken the match to the end. I regret that I got out in the end and was not able to the side over the line," Saini said
The right-arm fast bowler said that international cricket is different from first-class cricket as the margin of error in international cricket is very low.
"In international cricket, the error of margin is very low and you need to stick to plans and execute them. You need to be mentally strong at this level," he said
Saini said the condition in New Zealand is different from home conditions and "hence you need to plan your bowling."
"The more you play, the more you learn. There is a lot to gain as the conditions here are different from India. Hence you need to plan your bowling," he said
Earlier, Guptill and Ross Taylor guided New Zealand to post a total of 273/8 against India in the allotted fifty overs. Yuzvendra Chahal scalped three wickets while Ravindra Jadeja took one.
Chasing 274, India got off to the worst possible start as the side found itself at 71/4 in the 14th over. Ravindra Jadeja and Shreyas Iyer stabilized the Indian innings. However, the task proved too much for Jadeja and in the end, India lost the match by 22 runs. (ANI)