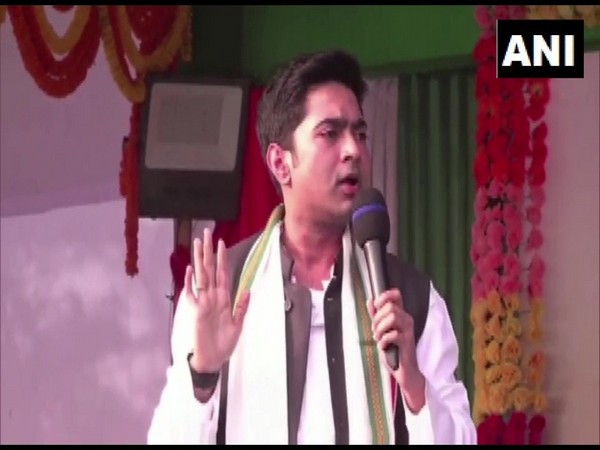 South Dinajpur (West Bengal) [India], January 7 (ANI): Abhishek Banerjee, Trinamool Congress MP and nephew of Chief Minister Mamata Banerjee on Thursday termed state BJP chief Dilip Ghosh "goon" (hooligan) and party's Central Observer for West Bengal Kailash Vijayvargiya an "outsider".
Addressing a public meeting at Gangarampur in South Dinajpur, Banerjee said: "If anyone can prove I'm 'tolabaj bhaipo' (extortionist nephew), you don't need to send Enforcement Directorate (ED) or Central Bureau of Investigation (CBI). Just make gallows, I will hang myself. Kailash Vijayvargiya is an outsider, his son Akash Vijaiwargia is a goonda. Dilip Ghosh is a gunda."
The TMC youth wing chief alleged that if BJP wants to do any developmental work for Bengal then they have to take permission from Delhi.
"Our Chief Minister Mamata Banerjee never thinks about the power. She has always taught us to work for the people, not for the power, he added.
West Bengal is scheduled to go for assembly polls in mid-2021. The dates have not been announced yet. (ANI)