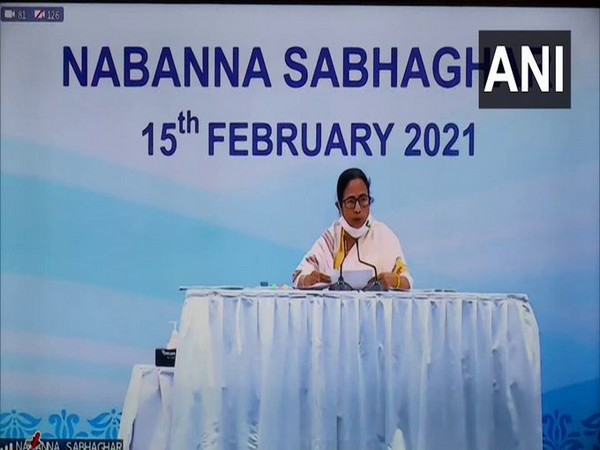 Howrah (West Bengal) [India], February 15 (ANI): Slamming the Bharatiya Janata Party (BJP)-led central government over the rising fuel price, West Bengal Chief Minister Mamata Banerjee on Monday said the Centre will reduce the prices only for few days ahead of elections.
"They (BJP) are increasing LPG and diesel prices every day. It is a matter of concern. Central government will only reduce the prices for few days when the elections are round at the corner," said Banerjee.
Petrol and diesel prices have gone up in the national capital and stood at Rs 88.99 per litre and Rs 79.35 per litre, respectively on Monday. The price of LPG cylinder (14.2 kg domestic cylinder) also increased by Rs 50 per unit yesterday, it will cost Rs 769 in the national capital from today.
This is the second price hike in the month of February. The oil marketing companies had increased the price of non-subsidised LPG cylinders by Rs 25 in metro cities on February 4.
The rise in the price of LPG comes at a time when petrol and diesel prices in India have touched an all-time high. The cooking gas is derived from crude oil and natural gas. (ANI)