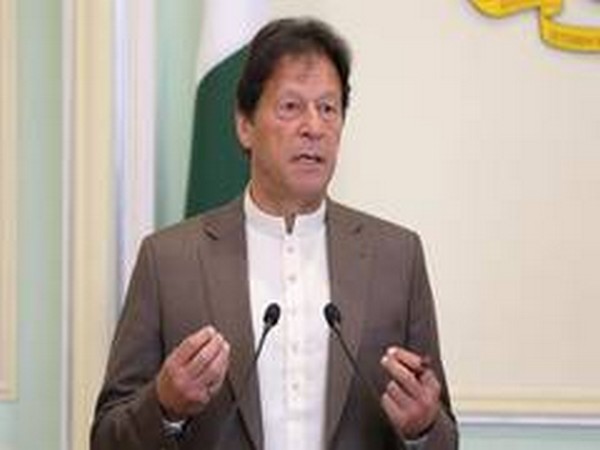 New Delhi [India], May 21 (ANI): India on Thursday termed Pakistan Prime Minister Imran Khan's recent allegations that New Delhi may conduct a false flag operation against Islamabad as "malicious propaganda".
Khan took to Twitter for the second time in a fortnight to accuse India of planning a false operation against Pakistan. "I have been warning the world about India's continuing efforts to find a pretext for a false flag operation targeting Pakistan. The latest baseless allegations by India of 'infiltration' across the Line of Control (LoC) are a continuation of this dangerous agenda," he tweeted in early May.
When asked about Khan's accusation, Ministry of External Affairs spokesperson Anurag Srivastava said: "Can't dignify malicious propaganda by a comment"
On Wednesday, Jammu and Kashmir Director General of Police has said that over 300 terrorists are present in launch pads across the LoC. "Over 300 terrorists are present in launch pads across the LoC in Pakistan-occupied Kashmir (Pok), waiting to infiltrate into the Indian side," he said.
Days after an anti-terrorism operation in Jammu and Kashmir's Handwara claimed the lives of five security personnel including that of a decorated officer, the Pakistan-based terrorist group Hizbul Mujahideen, headed by Syed Salahuddin, has claimed the responsibility for the attack. He also organized prayers in PoK for terrorist Riyaz Naikoo's who was killed in an operation.
Pakistan's continued state support to anti-India terror outfits is in contradiction to Imran Khan's tweets. (ANI)