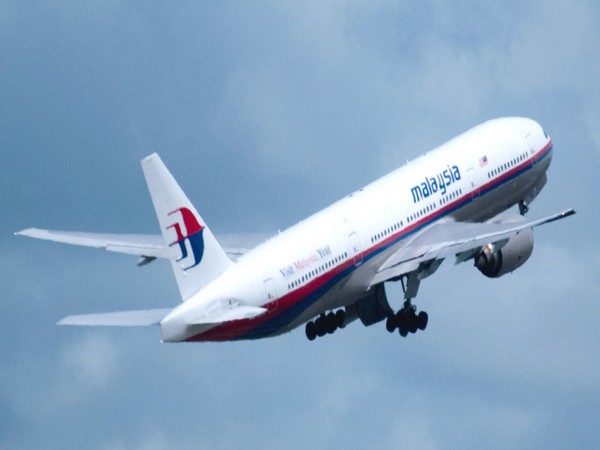 Canberra [Australia], Feb 21 (ANI): The top levels of the Malaysian government believed the downing of Malaysia Airlines Flight 370 nearly six years ago was an act of suicidal mass murder, former Australian Prime Minister Tony Abbott has told Sky News Australia.
In what has been one of the biggest aviation mysteries in the world, the Malaysian Airlines flight-MH-370 disappeared in 2014 with as many as 239 persons on board, with 227 of them being passengers and 12 crew members.
Abbott was the Prime Minister at the time of the incident. A search coordinated by Australia on Malaysia's behalf had been initiated but later called off in 2017 after no trace of the aircraft was found in a more than 710,000 square kilometre radius of the Indian Ocean.
"My very clear understanding, from the very top levels of the Malaysian government, is that from very, very early on, they thought it was a murder-suicide by the pilot," Abbott said in a Sky News Australia documentary.
"I'm not going to say who said what to whom, but let me reiterate - I want to be absolutely crystal clear: it was understood at the highest levels that this was almost certainly murder-suicide by the pilot,' he added.
The former Australian PM said he had "no reason to accept" that the "Malaysians allegedly didn't want the murder-suicide theory pursued because they were embarrassed about one of their pilots doing this".
In May 2017, another search effort was initiated by a private company after it reached an agreement with the Malaysian government, but that too was called off after no traces were found in a further 59,545 square kilometres of the ocean.
Abbott said a new search operation should begin soon. "Let's assume that it was a murder-suicide by the pilot and if there is any part of that ocean that could have been reached on that basis that has not yet been explored, let's get out and explore it," he said. (ANI)