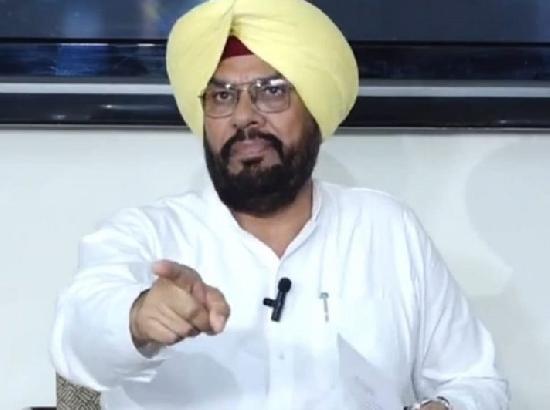 The Punjab government led by Chief Minister Bhagwant Mann is taking many revolutionary steps to provide corruption-free administration and ensure quality development works in the state. Taking a step further in this direction, Rural Development and Panchayat Minister Kuldeep Singh Dhaliwal has ordered an inspection and physical verification of the development works done during the last 5 years of the previous government. The minister said that the money given as grants to the villages is the people’s money, the loot of which will not be tolerated at all.

Kuldeep Singh Dhaliwal said that the people have made complaints to the Rural Development Department regarding irregularities in the development works in the villages during the previous government, especially many complaints from the people of the constituencies of former Chief Minister Captain Amarinder Singh and Charanjit Singh Channi and constituencies of many former ministers.

When this issue was discussed with the officials of the Rural Development and Panchayat Department during the meeting, the officials suggested that the inspection and physical verification of development works should be done.

Kuldeep Singh Dhaliwal said that the department took a decision in the first phase to carry out physical inspection of the development works in the major 46 blocks of the state; the department has issued orders to depute 17 deputy chief executive officers for this inspection and physical verification. The officers have been directed to complete this work within three months so that appropriate action can be taken against those involved in the malpractices.

During the meeting, the Rural Development Minister said that people are of the view that if they complain to the authorities, they do not conduct a fair investigation and people do not get justice. Therefore, this time they have appointed officials from other districts in this matter so that the fair picture can emerge.