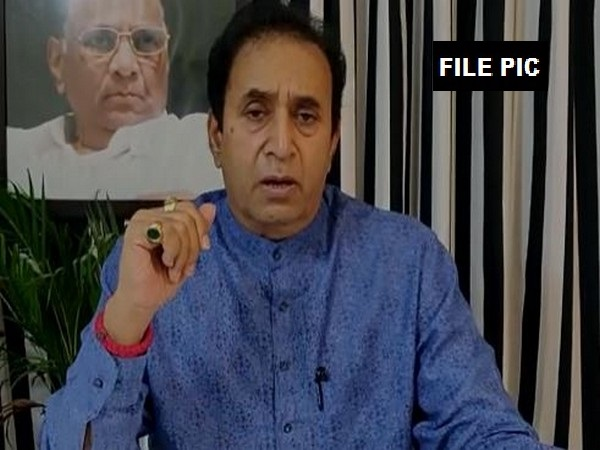 Mumbai (Maharashtra) [India], Aug 2 (ANI): Maharashtra Home Minister Anil Deshmukh on Sunday condemned the demand for Sushant Singh Rajput's death case to be handed over to the Central Bureau of Investigation (CBI).
Deshmukh in a tweet said that the Mumbai Police was already investigating the "allegations about Sushant's unfortunate alleged suicide".
"@MumbaiPolice already began investigating allegations about @itsSSR's unfortunate alleged suicide. Even if Bihar Police registered an offence in Patna, under Ch. 12 & 13 of the #CrPC it has to be investigated, inquired & tried by police & courts within whose jurisdiction...," Deshmukh said in a tweet.
"...the offence is committed. I condemn the demand for the @itsSSR case to be handed to #CBI. The case is now being politicised for political gains. #MaharashtraPolice is inquiring into the case professionally & are competent in digging out the truth, leaving no stone unturned!" he added.
An FIR was registered in Bihar's Patna on a complaint filed by Rajput's father K K Singh against actor Rhea Chakraborty under several Sections including abetment of suicide. A team of Bihar Police is also in Mumbai to probe the matter.
Chakraborty had earlier demanded the CBI probe into Rajput's death case. She had said that she was the deceased actor's "girlfriend" and requested a CBI inquiry to "understand what pressures prompted Sushant to take this step."
According to the Maharashtra Police, statements of 41 people, including filmmaker Mahesh Bhatt film critic Rajeev Masand, director-producer Sanjay Leela Bhansali, and filmmaker Aditya Chopra have been recorded in the investigation so far.
Rajput was found dead in his Mumbai residence on June 14. (ANI)