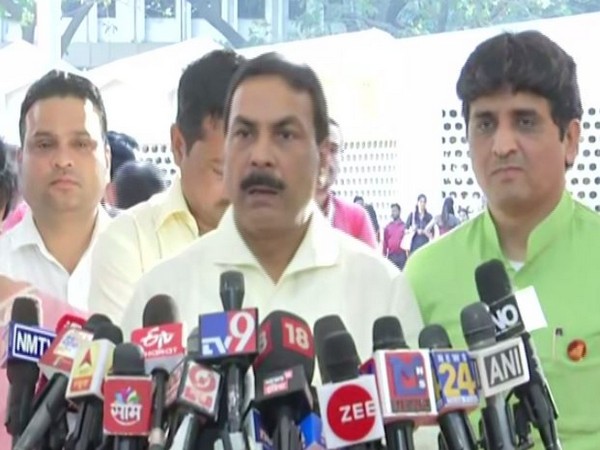 Mumbai (Maharashtra) [India], Feb 28 (ANI): Maharashtra former minister Naseem Khan on Thursday demanded that the Maha Vikas Aghadi government in Maharashtra should bring a resolution against National Register of Citizens (NRC) and National Population Register (NPR) on similar lines as the Nitish Kumar-led government in Bihar.
"Maha Vikas Aghadi (MVA) government in Maharashtra should clear its stand on the issue of NRC and NPR and they should bring an anti-NRC, NPR resolution on the lines of what the Nitish Kumar led government did in Bihar," said Congress leader Khan while speaking reporters.
"The census should be conducted according to the 2010 procedure," he said.
Khan's comments come after he met Maharashtra Chief Minister Uddhav Thackeray and his deputy Ajit Pawar to discuss NPR and NRC.
Being asked about his meeting with Thackeray, he said: "The Chief Minister Thackeray was positive about the issue and said that a decision will be taken in the next two to three days after discussion with all the parties in the alliance."
He alleged that the Central government is "misguiding the country" on the NPR and NRC issues.
"In all the Congress states they have taken a stand against NRC and NPR and passed resolutions against them. And we are confident that a similar decision will be taken by the MVA government," he said.
On Tuesday, the Bihar Assembly passed a resolution not to implement NRC in the state and announced that NPR should be implemented "in its 2010 form", with one amendment. (ANI)