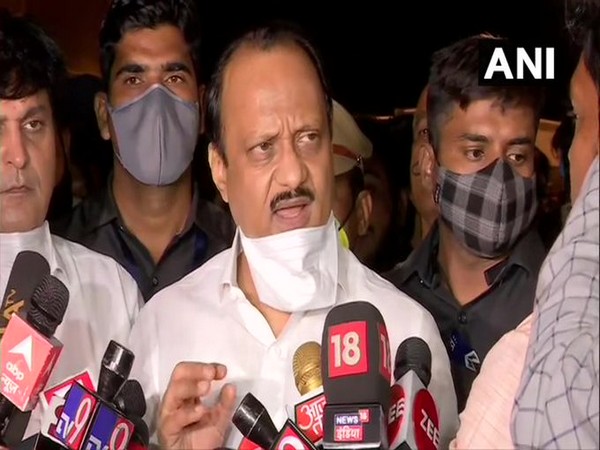 Mumbai (Maharashtra) [India], January 21 (ANI): Maharashtra Chief Minister Uddhav Thackeray is set to visit the Serum Institute of India's (SII) Manjari facility on Friday, where a fire incident led to the deaths of five people.
Deputy Chief Minister Ajit Pawar told reporters, "The contractor's men were working on that floor (where the fire broke out) and when the fire brigade officials went there, they found five completely burnt bodies. Two of them were from Uttar Pradesh, two from Pune and one is from Bihar."
"The fire brigade has done good work. As per my information, the CM will also visit the site tomorrow. The place where the COVID-19 vaccine is manufactured was not affected. I was informed that preparations were going on at this building (site of fire) to make the Rotavirus vaccine," he added.
Earlier today, SII announced a compensation of Rs 25 lakhs to the families of the people who died in the fire incident at the company's facility at Manjari.
"Today is an extremely sorrowful day for all of us at SII. Regrettably, there were losses of lives in the fire that broke out in our under installation facility situated at the Special Economic Zone at Manjri," said Cyrus S Poonawalla, Chairman and Managing Director, SII.
"We are deeply saddened and offer our condolences to the families of the departed. In this regard, we will be offering compensation of Rs 25 lakhs to each of the families, in addition to the mandated amount as per the norms," SII tweeted.
President Ram Nath Kovind also expressed grief over the deaths of five people who lost their lives in the fire and wished the injured persons a speedy recovery.
Prime Minister Narendra Modi too condoled the deaths caused by the incident.
"Anguished by the loss of lives due to an unfortunate fire at Serum Institute of India. In this sad hour, my thoughts are with the families of those who lost their lives. I pray that the injured recover at the earliest," the PM tweeted.
A fire had broken out at SII's Manjari Plant earlier today, where six people were rescued from an under-construction building. Hours later, another fire broke out again in one of the compartments of the building at SII, in Pune.
Maharashtra Health Minister Rajesh Tope said that the initial fire was caused by ongoing welding work at the site. (ANI)