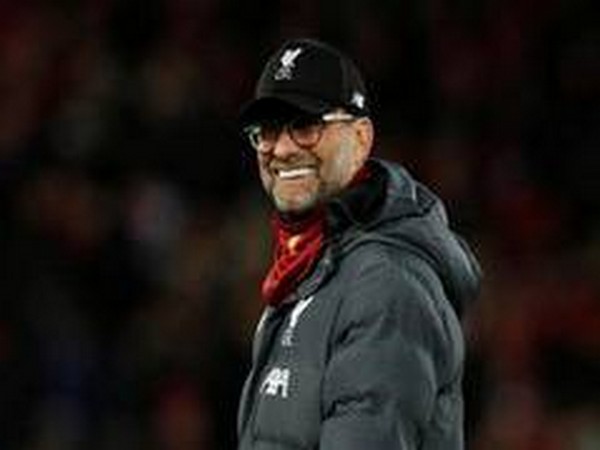 Liverpool [UK], July 15 (ANI): Liverpool manager Jurgen Klopp has said that it looks like Arsenal will be a "proper challenger" again in the future as he praised "very exciting" coach Mikel Arteta.
"Mikel is part of this very exciting new coaching generation, or manager generation. Really exciting to watch; you can see the ideas behind obviously, influenced by Pep [Guardiola], he worked together with him. Probably they had the same idea already before when Mikel was still a player. Yes, you can see a massive influence of him," the club's official website quoted Klopp as saying.
"On top of that, obviously at Arsenal [there is] a really exciting squad, all the different offensive [players]. They have more experienced offensive players with massive quality and then coming up a lot of really, really good ones. So, yes, it looks like Arsenal will be a proper challenger again," he added.
Arsenal last won the Premier League title in 2003-04 season. In the current season, Arsenal is placed on the ninth spot.
Liverpool, on the other hand, have already sealed this year's Premier League title. The Klopp-led side is scheduled to take on Arsenal on July July 16. (ANI)

2 thoughts on “Looks like Arsenal will be proper challenger again: Jurgen Klopp”