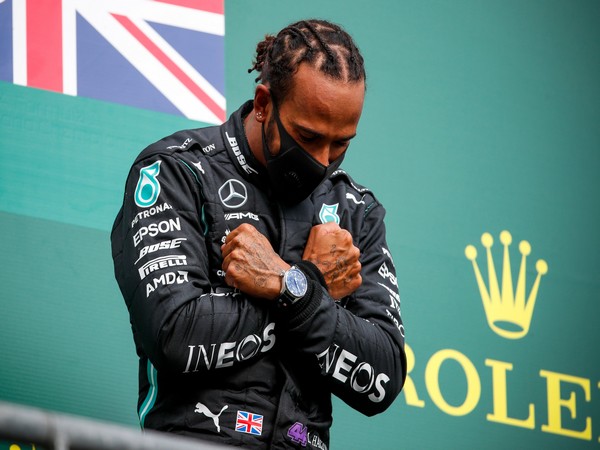 Stavelot [Belgium], Aug 30 (ANI): Mercedes' Lewis Hamilton won the Belgian Grand Prix at Circuit de Spa-Francorchamps on Sunday and claimed his 89th career title.
Hamilton's teammate Valtteri Bottas came second while Red Bull's Max Verstappen finished in third position.
Following his dominant pole on Saturday, Hamilton resisted the first lap slipstreaming contest and maintained the lead, before retaining it for all 44 laps to close out his fifth victory out of seven races this year.
Bottas came home around eight seconds behind his teammate, with Verstappen a further seven seconds down the road.
Renault's Daniel Ricciardo came fourth and led the team's best finish of the year, crossing the line under four seconds behind Verstappen after some rapid final laps, with Esteban Ocon overtaking the Red Bull of Alex Albon on the final tour to take fifth, Albon just holding onto sixth from the McLaren of Lando Norris.
An impressive drive from Pierre Gasly saw him take eighth for AlphaTauri, while the final points were taken by the Racing Point pair of Lance Stroll and Sergio Perez in P9 and P10 - with the Ferrari drivers Sebastian Vettel and Charles Leclerc finishing out of the points in P13 and P14 respectively.
McLaren's Carlos Sainz was unable to take start the race after a power unit led to an exhaust issue. There was a Safety Car after 11 laps of 44, due to the big crash of Alfa Romeo's Antonio Giovinazzi, with Williams' George Russell arriving on the scene and hitting Giovinazzi's wheel, which forced his own retirement - although both drivers were okay.
Meanwhile, Hamilton's fourth Belgian Grand Prix win sees him draw equal with Jim Clark and Kimi Raikkonen on third in the all-time list for Spa victories, behind Michael Schumacher and Ayrton Senna. (ANI)