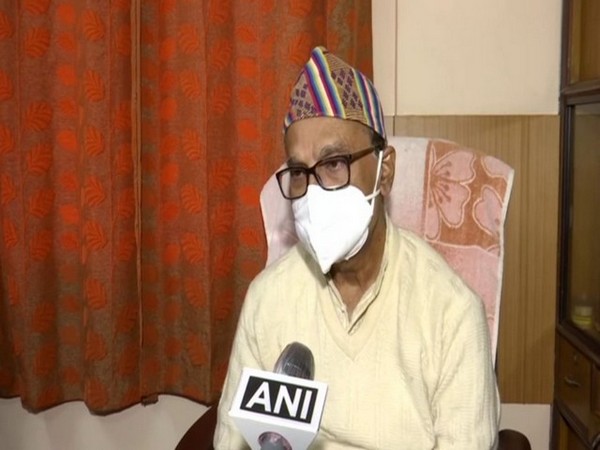 Kolkata (West Bengal) [India], January 7 (ANI): Congress leader and Rajya Sabha MP Pradip Bhattacharya on Thursday said the Left-Congress alliance government will improve the situation in West Bengal, which is due to go for Assembly polls in mid-2021.
"It is true that the Trinamool Congress (TMC) workers and leaders are leaving the party one by one. In the coming days TMC will be in very bad shape," Bhattacharya told ANI.
"Left-Congress alliance government in Bengal will improve the situation of the state. The current situation will be changed when our government is formed," he added.
Bhattacharya further said the Left and Congress will hold a joint meeting at 6.30 pm today on the farmers' protest issue.
"In the meantime, all over the state Congress and the Left parties are doing joint procession against the misrule of the state government and the central government. Particularly, the farmers are fighting in Delhi. Almost in every part of West Bengal, Congress members are out on the street supporting the farmers' cause. We will have to evolve some process as to how we can move ahead," he said.
"We will meet at 6.30 pm with the Left parties. The meeting will be about a discussion and not particularly related to seat-sharing," he added.
Bhattacharya further said: "There will be no solution in this matter. For a solution to be reached, the government will have to say that they will take back the three agricultural laws in the parliament. When Prime Minister Narendra Modi announces this then only the movement will stop."
"Unnecessarily the government is killing time. They are trying to exhaust the farmers. That will not happen as they will not move back. Tractor rally should happen in the whole country," he added.
Farmers on Thursday took out a tractor rally at the Delhi borders to protest against the three new farm laws.
There have already been eight rounds of talks between the farmers and the central government, which remained inconclusive. The next round of meetings will be held on January 8.
Farmers have been protesting at different borders of the national capital since November 26 against the three newly enacted farm laws - Farmers' Produce Trade and Commerce (Promotion and Facilitation) Act, 2020, the Farmers (Empowerment and Protection) Agreement on Price Assurance and Farm Services Act, 2020, and the Essential Commodities (Amendment) Act, 2020. (ANI)