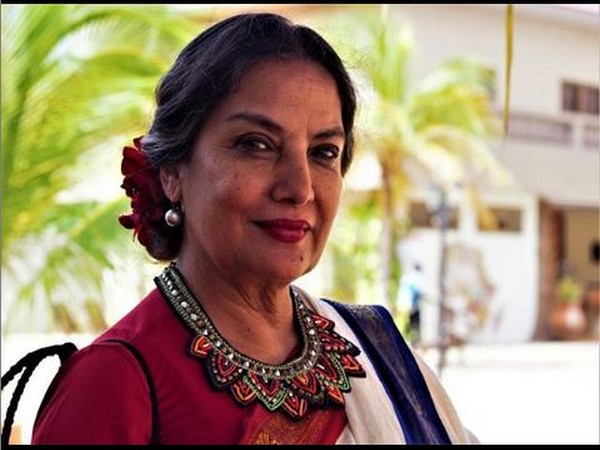 Mumbai (Maharashtra) [India], September 16 (ANI): A day after actor-politician Jaya Bachchan in a fiery speech slammed those who are tarnishing the film industry's image, senior actor Shabana Azmi said that the statement was "much needed" and its significance increased as it was delivered on the floor of the Upper House of Parliament.
Speaking to ANI about the statement by the four-time Rajya Sabha MP, Azmi hailed Jaya Bachchan for rising to her responsibility admirably.
"It was a much-needed statement and its significance increases because it was on the floor of the House. Kudos to Jaya Bachchan," the 'Masoom' actor told ANI.
"Our MPs represent our interests and she has risen to the responsibility admirably," she added.
Several other Bollywood celebrities like actors Taapsee Pannu, Dia Mirza, Genelia Deshmukh, Sonam Kapoor, filmmaker Anubhav Sinha, and others have also supported Bachchan's statement.
A video of the statement has been doing the rounds of the Internet since Wednesday.
In the video, the lawmaker can be seen stating that the government should stand by the entertainment industry when some people are trying to tarnish its image.
She also said that people working in the entertainment industry are being "flogged" by social media.
Samajwadi Party MP Jaya Bachchan had on Tuesday given a zero hour notice in the Upper House over an alleged conspiracy to defame the film industry. (ANI)

Have no word to condemn barbaric and shameful incident: Mamata on Hathras incident