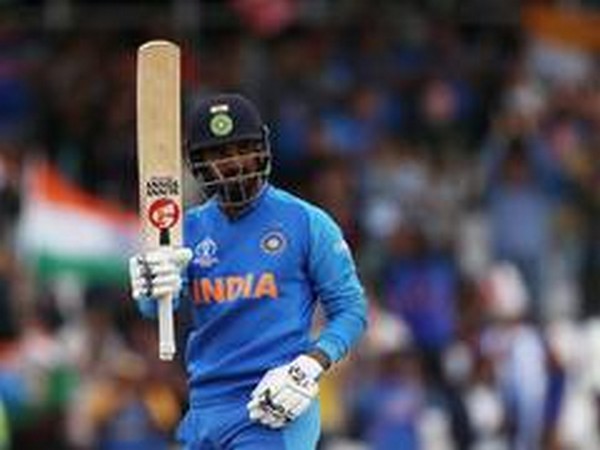 New Delhi [India], April 15 (ANI): Former cricketer Mohammad Kaif on Wednesday said KL Rahul should only be used as a backup wicket-keeper so that workload on the player can be managed.
"People think that Rahul may become our main keeper in the future. But I feel that Rahul should be used as a backup wicketkeeper, if the main keeper is injured or he is not with the team then Rahul should be there because if you rely on him as the main keeper then chances of injuries will grow as the workload will increase on him," Kaif told ANI.
Kaif also feels that MS Dhoni should feature in the ICC Men's T20 World Cup and ruling the former captain out from the tournament will be 'unfair'.
"See people may have eyes on Dhoni that how he is going to play in the IPL (Indian Premier League) and then there will be talks of the T20 World Cup but my view is different from others. I do not judge Dhoni based on his IPL form. He is a great batsman and he is fit now, he wants to play IPL, do captaincy and is showing his availability. He has a winning mentality and knows how to win games under pressure," Kaif said.
"So, I think ruling him out will be unfair. See a lot of cricket is still left in Dhoni and when a player plays for this long, there are ups and downs in his career. It happens with every cricketer not just Dhoni," he added.
The ICC T20 World Cup 2020 is scheduled to be played between October 18 and November 15 at seven venues across Australia.
As the country continues to fight against the coronavirus crisis, Kaif urged people to adhere to the guidelines laid by the government and stay home.
"My message for the society is to be at home and follow what the government is saying then only we can beat this virus. At this stage, this is something very important for one and all to be at home," he said. (ANI)