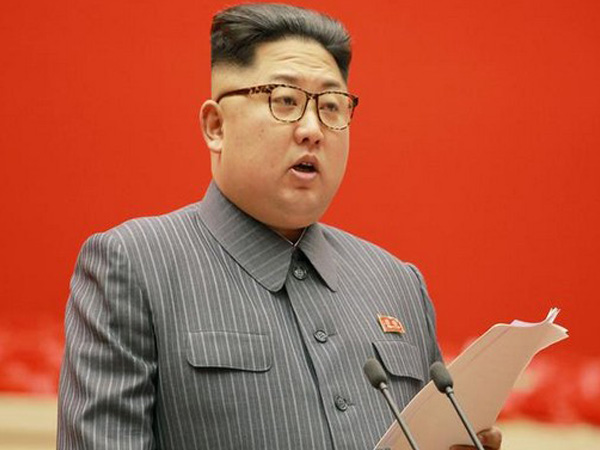 Seoul [South Korea], April 26 (ANI): A train presumed to belong to North Korean's Kim Jong-un has been spotted at a station in the state's eastern coastal town of Wonsan amid speculation about the leader's health, a US monitor said on Sunday, citing commercial satellite imagery on the region, Yonhap news agency reported.
According to 38 North-- a website devoted to analysis about North Korea, the imagery showed a train "probably belonging to Kim Jong Un parked at the Leadership Railway Station servicing his Wonsan compound since at least April 21."
"The approximately 250-metre long train, although partially covered by the station's roof, can be seen at a railway station reserved for use by the Kim family. It was not present on April 15 but was present on both April 21 and 23," it said.
"The train's presence does not prove the whereabouts of the North Korean leader or indicate anything about his health, but it does lend weight to reports that Kim is staying at an elite area on the country's eastern coast," it added.
The report came as rumours about his health have spread as Kim apparently skipped an important annual visit to the Kumsusan Palace of the Sun on the occasion of the April 15 birthday of late state founder and his grandfather, Kim Il-sung.
CNN intensified the speculation by reporting earlier last week that the United States is looking into intelligence that Kim is "in grave danger" after surgery.
Seoul officials have disputed recent media reports about Kim, saying there have been no unusual signs from the North. Some said that Kim is presumed to be staying in Wonsan for unspecified reasons.
Washington has also dismissed the reports, with US President Donald Trump calling such reports "incorrect" in a press briefing late last week.
On Saturday, other media reports stated that China has dispatched a team of medical doctors and officials to North Korea "to advise on" Kim, citing multiple unnamed people familiar with the situation.
North Korea's state media, however, has not made any mention of Kim's public activity for two weeks since he was last seen in April 11 presiding over a major party meeting, though it has reported on his handling of routine state affairs, such as sending diplomatic letters.
But not all speculation has proven to be false. When he was absent from public for about a month in 2014, speculation arose about his health and a political crisis in the secretive state. He later reemerged with a cane and a limp reportedly after having a cyst removed from his ankle.
The 36-year-old leader is known to have various health problems apparently caused by obesity and heavy smoking. He took office as leader of the communist state after his father, Kim Jong-il, died of a heart attack in late 2011. (ANI)