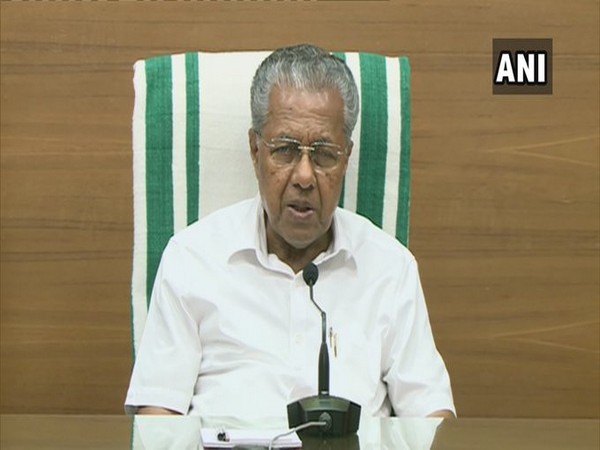 Kasargod (Kerala) [India], April 21 (ANI): Kerala's Kasaragod district, which has recently emerged as the COVID-19 hotspot with 169 cases, has managed to bring down the active corona cases to 27, said State Chief Minister Pinarayi Vijayan on Monday.
"The Kasargod district, in particular, has shown much resilience in fighting the pandemic in the last two months as the district had the highest number of 169 confirmed cases within the State. Now, 142 have recovered and the rest 27 patients are on their way to recovery with no serious issues. The way Kasargod fought back should be a role model for the country," said Vijayan.
He said that there was a phase when Kerala accounted for the highest number of COVID-19 cases in the country but today the state has the highest number of recovered cases. "At one point, which was on April 4, we had the highest number of people under surveillance in the State, a total of 1,71,355 persons and today, it has come down to 46,323," he said.

On Monday, six new cases of COVID-19 were reported in the State, all from Kannur district. Five of them have come from overseas and one has got the infection through a local contact. Meanwhile, the test results of 21 patients under treatment have come negative - 19 from Kasargod district and two in Alappuzha.
In Kerala, 114 patients are under treatment in different hospitals across the State and 291 patients have so far recovered from the infection. Kerala has reported three deaths including a Mahe native, who died in Kannur hospital. (ANI)