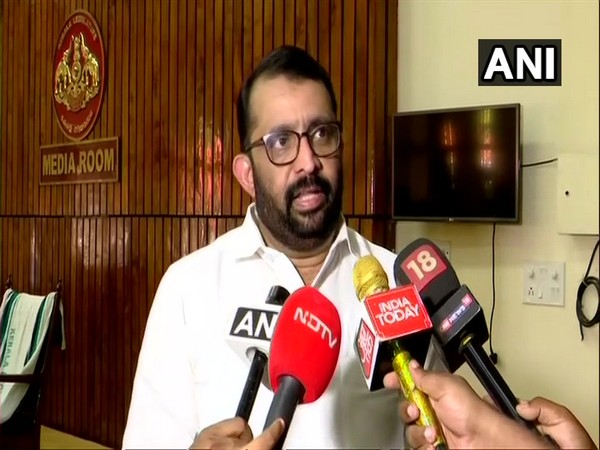 Thiruvananthapuram (Kerala) [India], October 14 (ANI): Kerala Assembly Speaker P. Sreeramakrishnan filed a complaint with the Additional Chief Secretary of the Home Department and the Director-General of Police, seeking a probe after his Facebook page was allegedly hacked on Tuesday night.
According to Sreeramakrishnan, a comment was made from his account on an earlier post about the construction of Hanging Bridge, the one-kilomtere long sea bridge set to be built across the Ponnani river mouth where where Bharathappuzha joins the Arabian Sea.
"It has been found that the account was hacked and the comment was made from Kochi. The screenshot of the comment has been widely circulated. I have decided to lodge a complaint with the police along with the evidence in this regard. Let all know that this is nothing but a malicious act of hackers," he said. (ANI)